The last time I attacked bronze anti-fouling paint was putting a new bottom on Skipper’s Gift in September, 2001. Thanks to 2,000 psi from Dahls and elbow grease from V15 sailor Mike Weinman, Barney joined our TISC J/24 fleet.

Last year a J/24 berthed in Alameda was donated to TISC.  In good condition, but no trailer.  While we scrambled to find a suitable trailer Treasure Island Marina graciously provided temporary dock space.  With the donation of a Moore 24 trailer in March and timely help from a neighbor we finally had a place for our newest J.
By the time I arrived on Friday with the rented power washer Mike and Chris had already 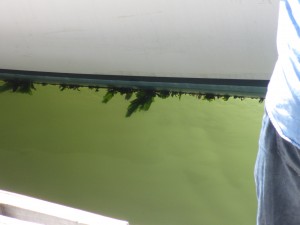 moved US1234 from the marina to TISC and were adjusting the new lifting strap.  It was clear even before lifting her up we were in for some serious bottom cleaning. 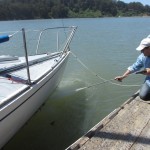 After a quick test of the power washer, we used the hoist to move from the waterline toward the keel.
A year of living in San Francisco Bay delivered up a variety of algae, sea weed, barnacles and a few small critters who seemed right at home. 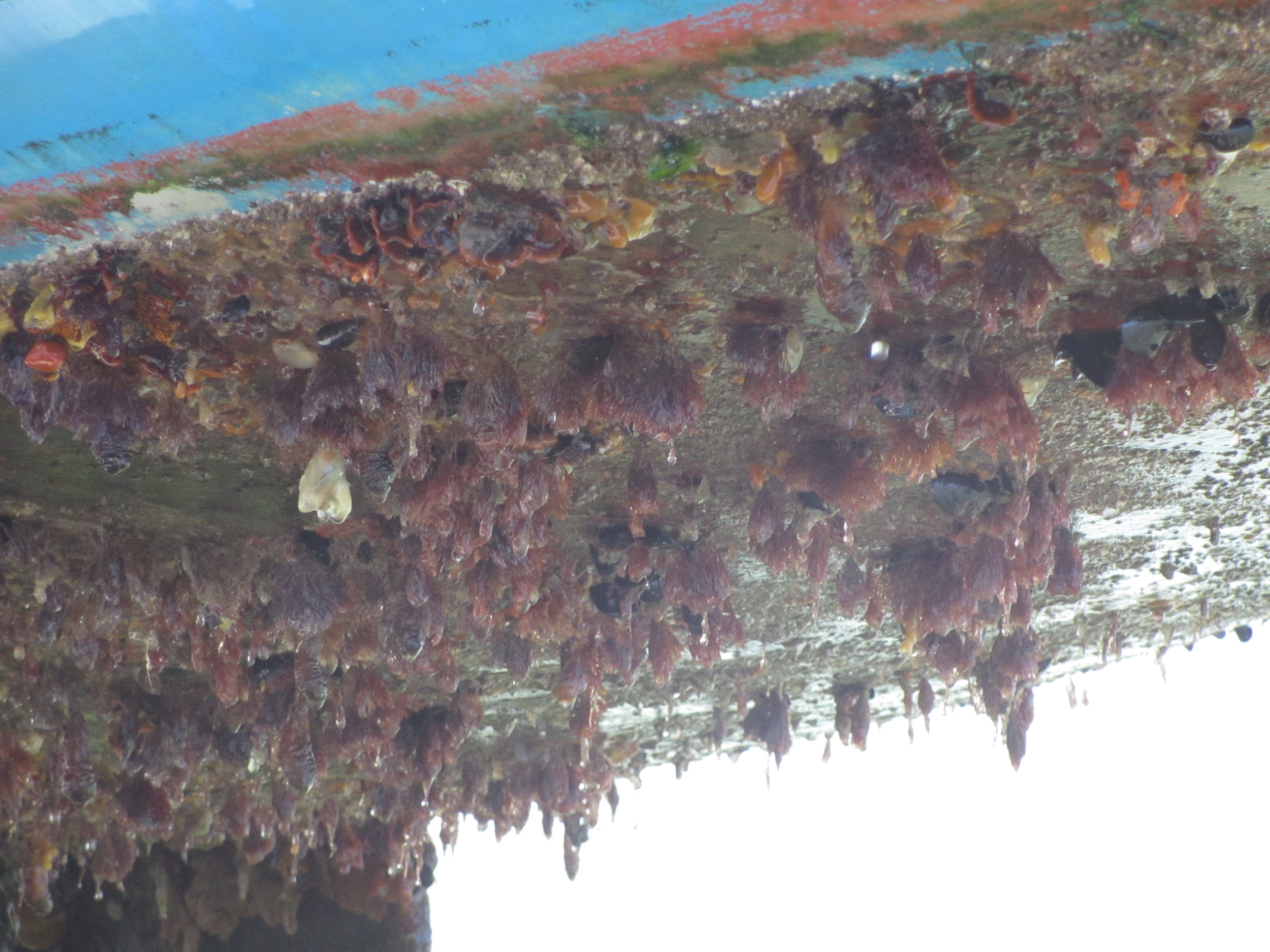 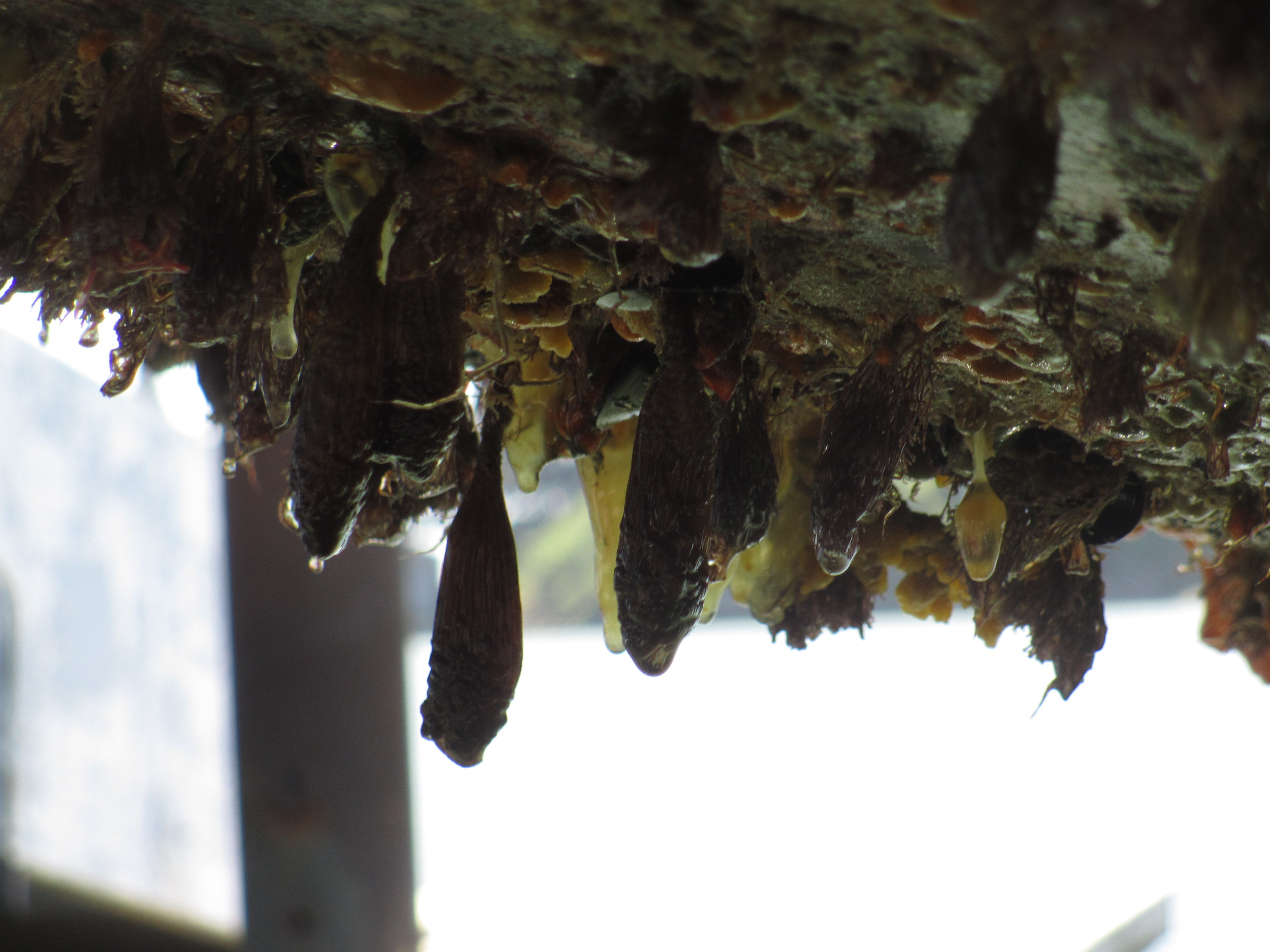 After several passes with the power washer and long push broom the we found the rudder, and then bottom was slowly revealed. 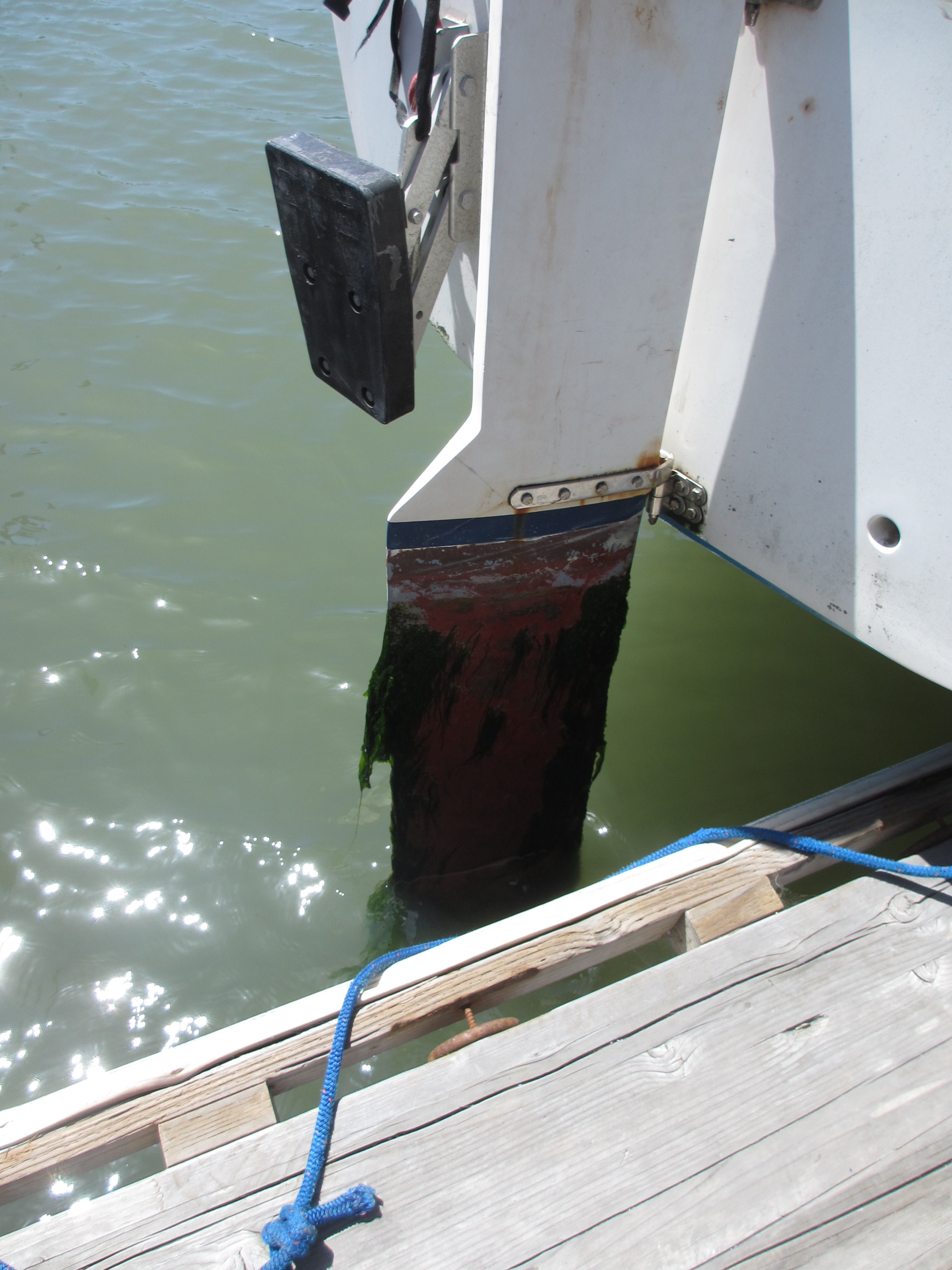 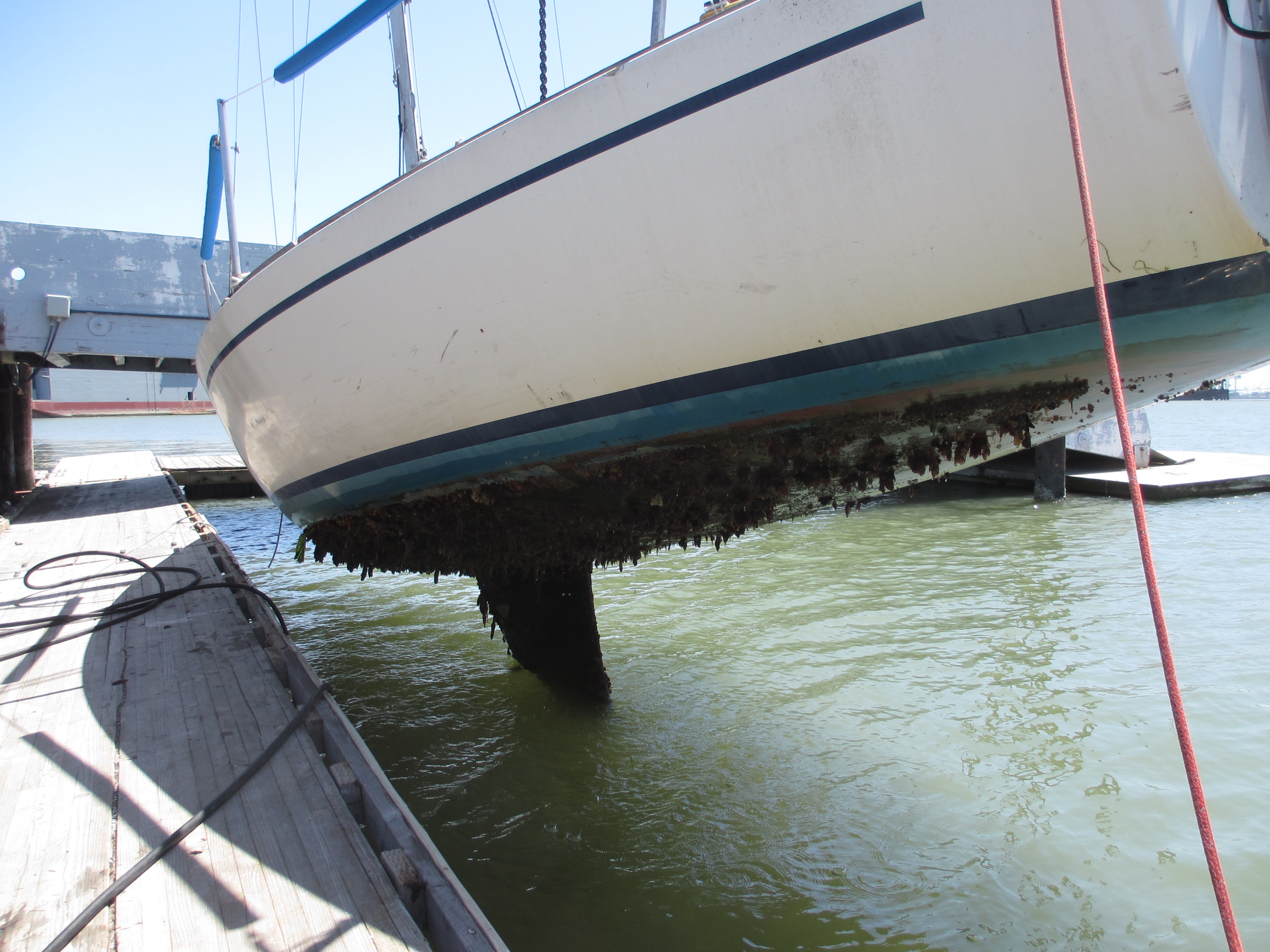 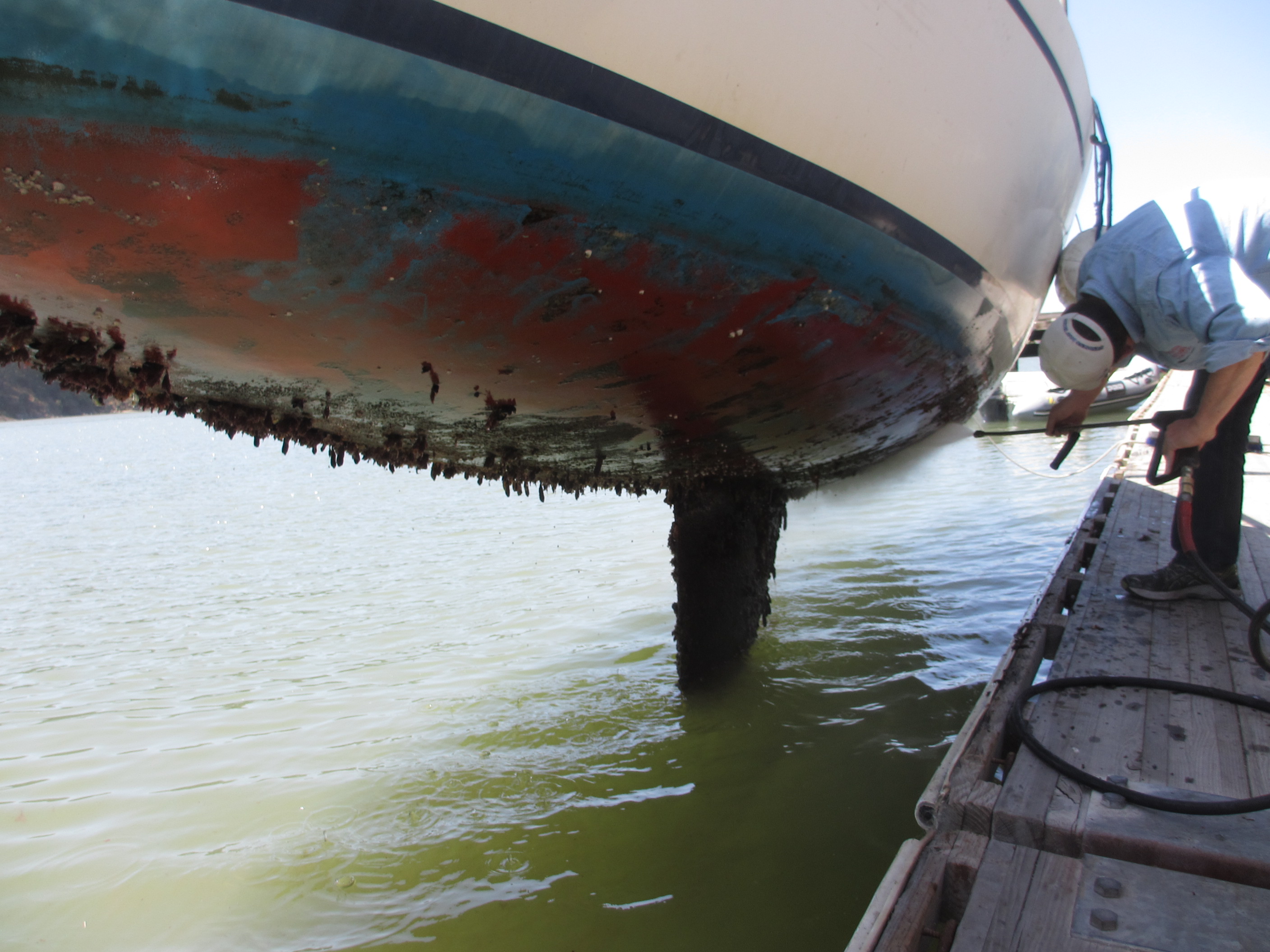 Not the prettiest (you should have seen Skipper’s Gift her first season in Marblehead) however relatively smooth and ready for her new home at Treasure Island Sailing Center on Clipper Cove. 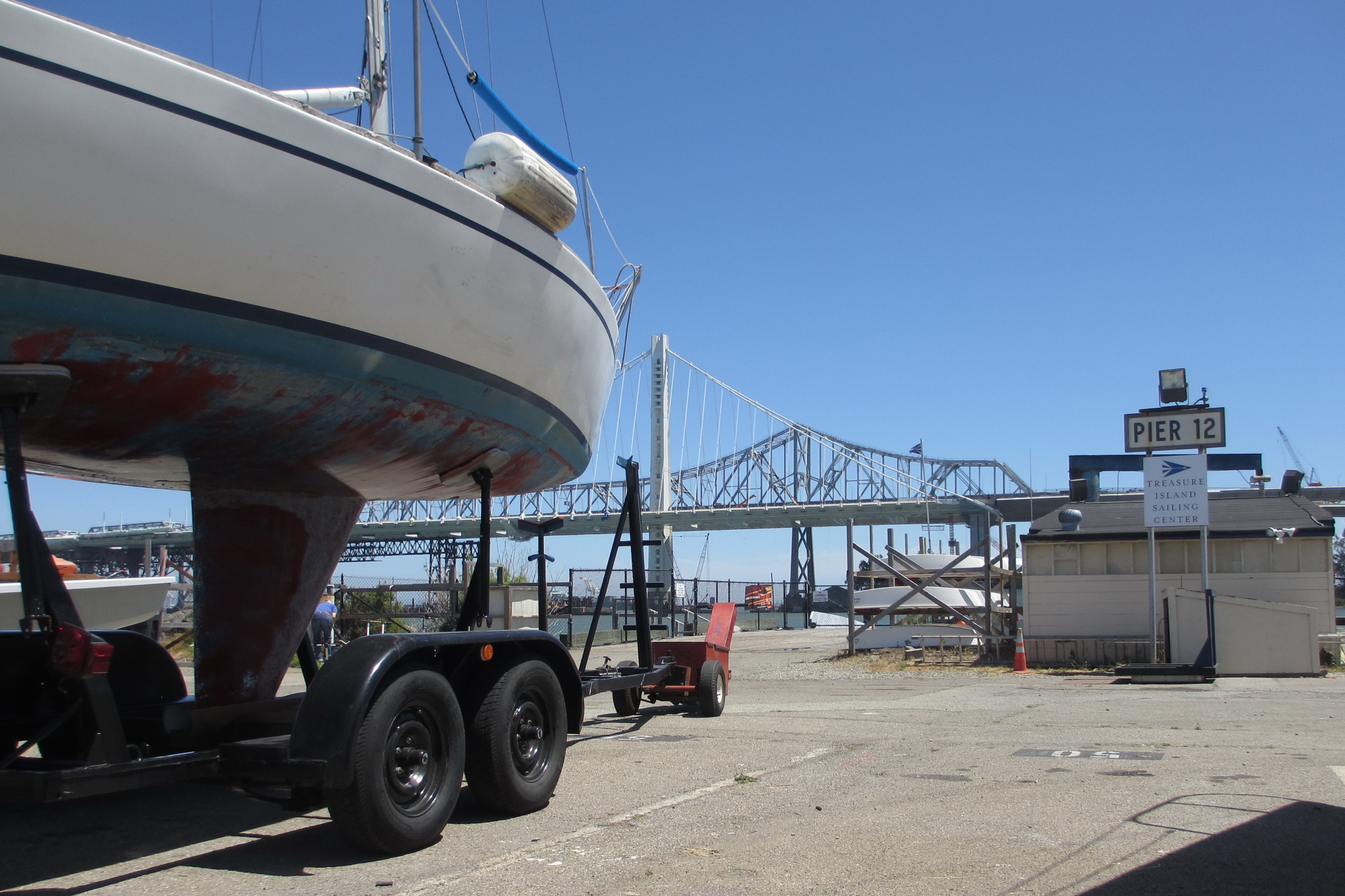 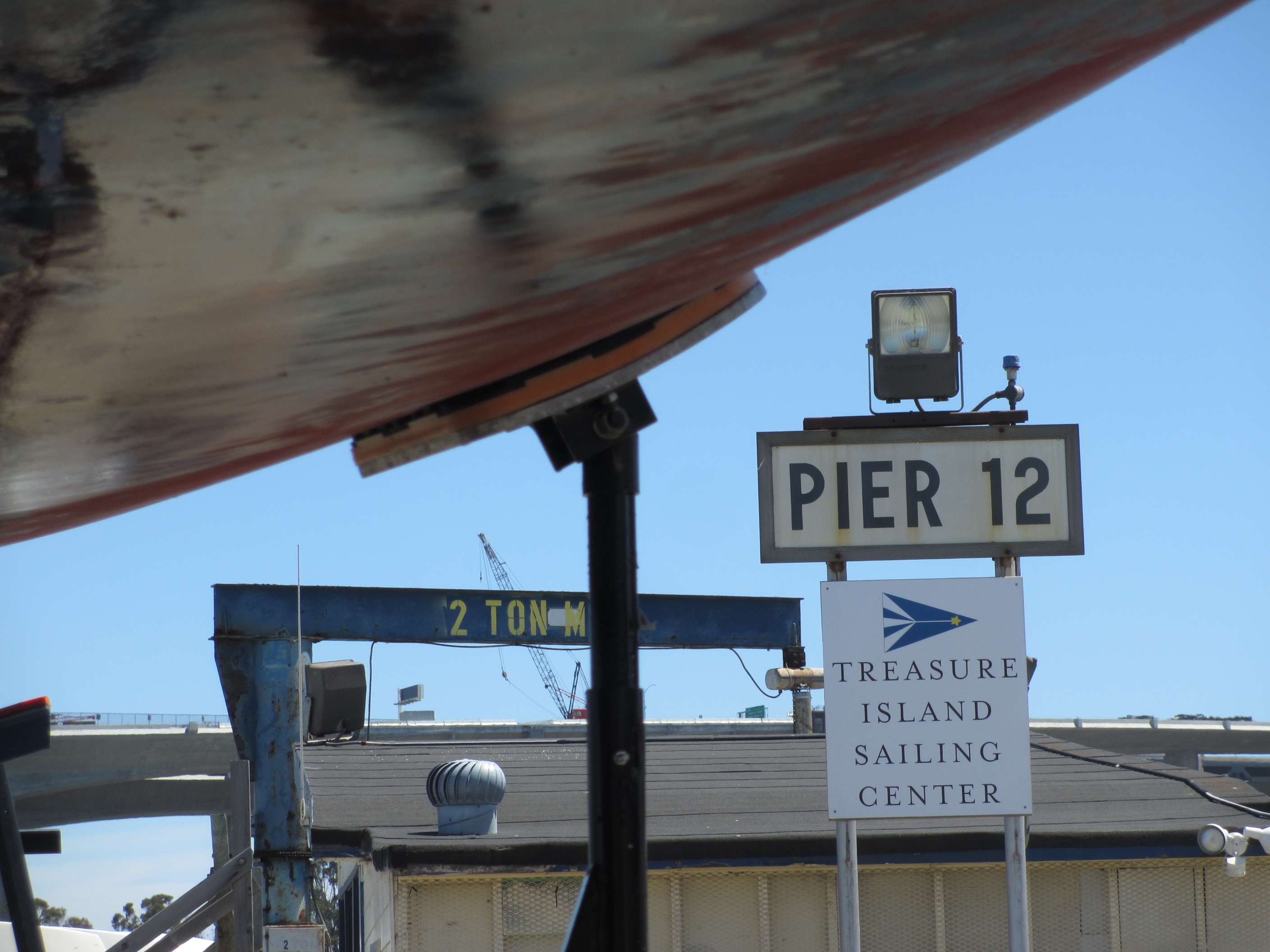 Our J/24 fleet is one of TISC’s key assets.  They are used by adults for keelboat lessons and community sailing days, by youth in the 25-plus groups that benefit from TISC orientation sails and by visually impaired sailors who enjoy our J/24s on a regular basis.

This year we’re starting an “adopt a J” program at TISC and asking our tenants and friends to help clean up our J/24 fleet, and their trailers, by spending a few hours over the next couple months on “clean it ” and “fix it” projects.  We’re hoping the keel boat owners especially at TISC will each donate a small amount of time to help out.
These small projects are ideal for those who would rather spend a few hours at times convenient for them rather than scheduled workdays. You can find more information on these tasks and others on our volunteer page HERE.
Regards from On the Cove, Dave G
In the wake:  A couple of our J’s, Fortunata and Delos, came with names.  Others, Great White, Blue Stripe, and Old Yeller,  were named by appearance.  Barney seemed like a kid-friendly name for our newest acquisition.  After all, we removed plenty of barnacles from the hull and keel on Friday.  If you have other suggestions or are interested in naming rights for one of our boats let us know.  The price is much less than the $123M spent to name  the new Levi Stadium in Santa Clara! 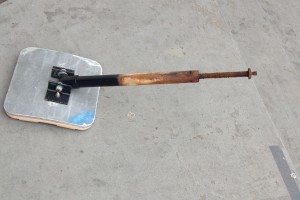 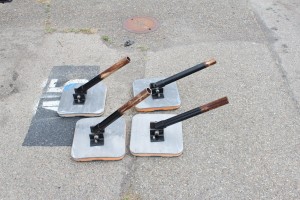 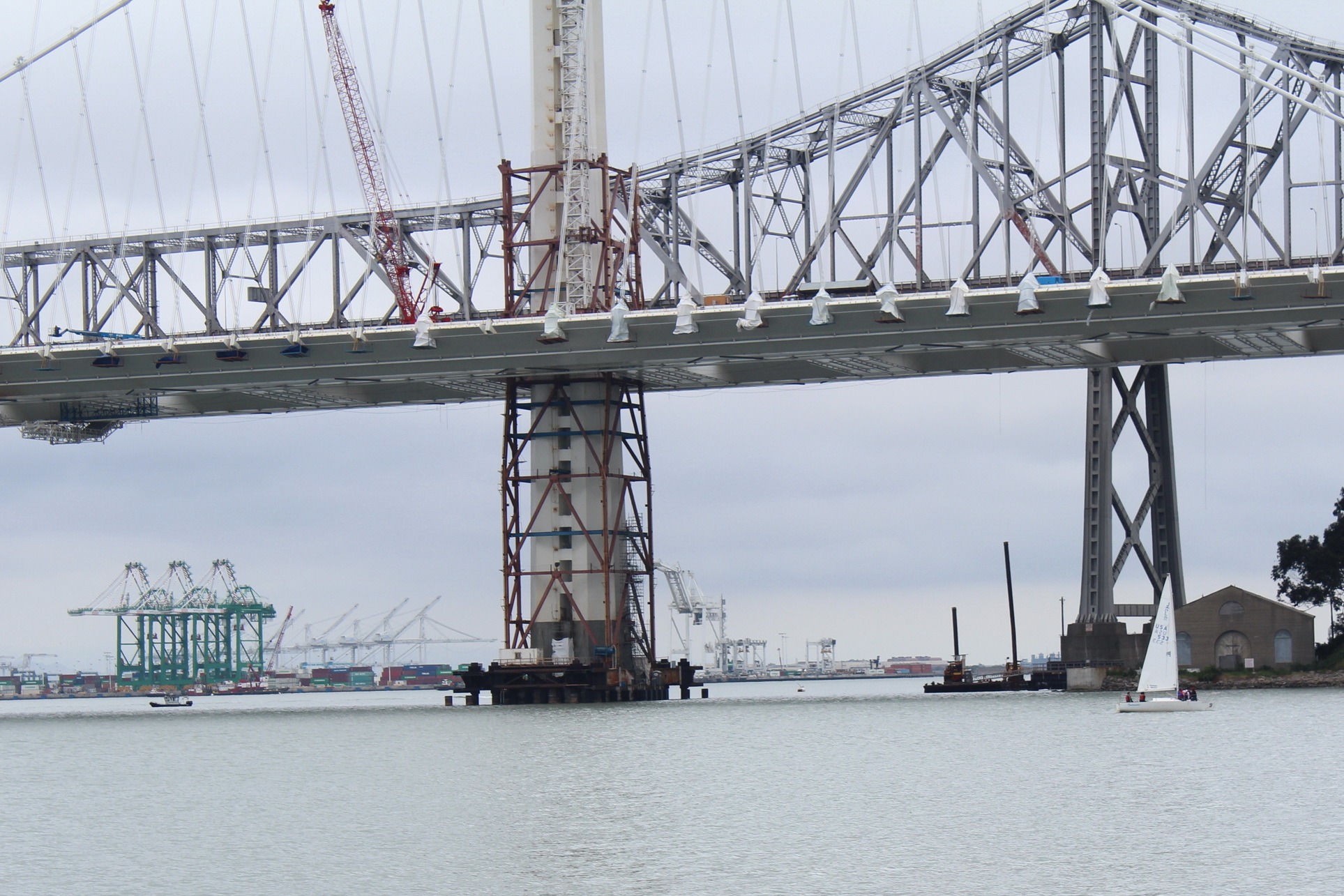 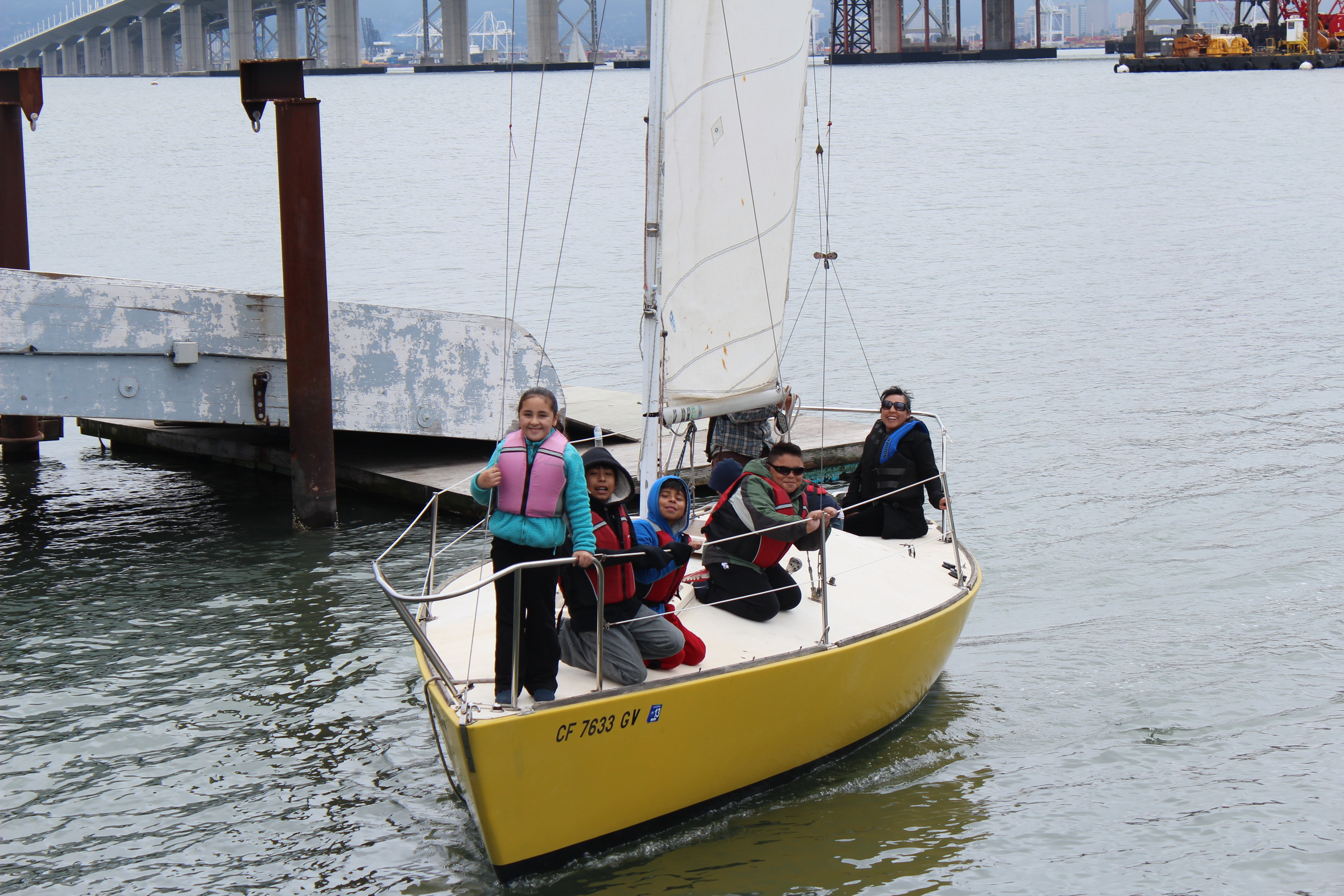 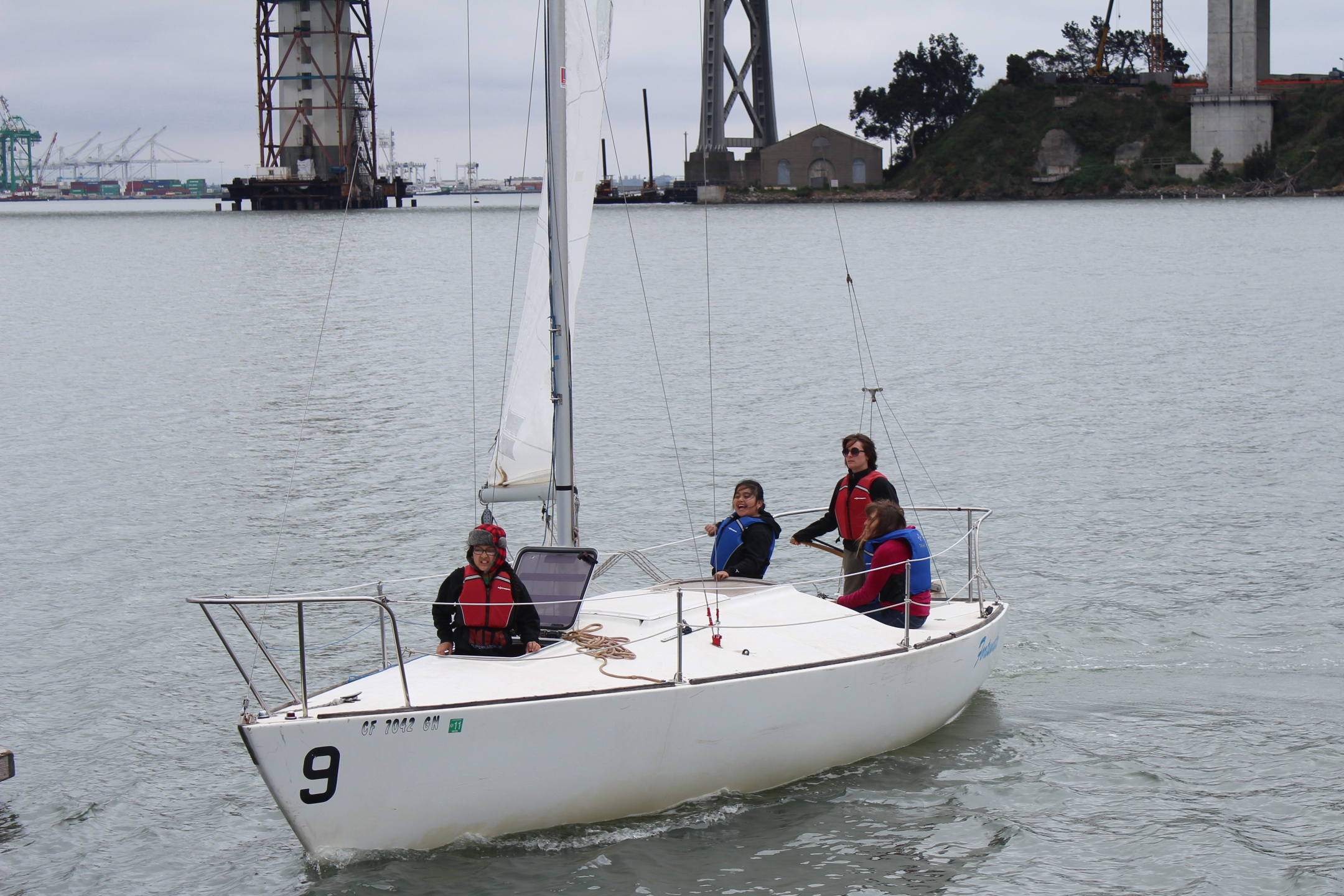 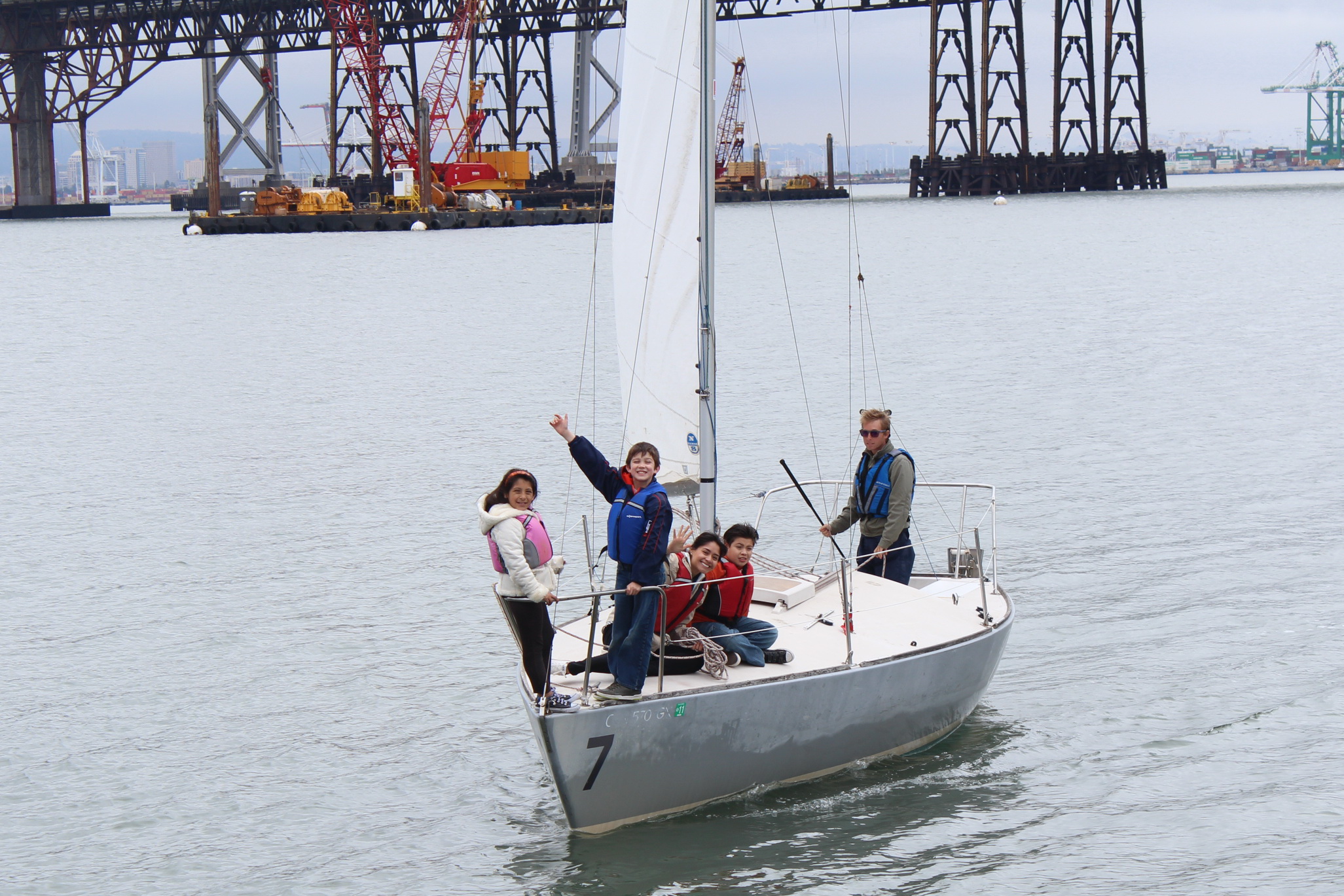 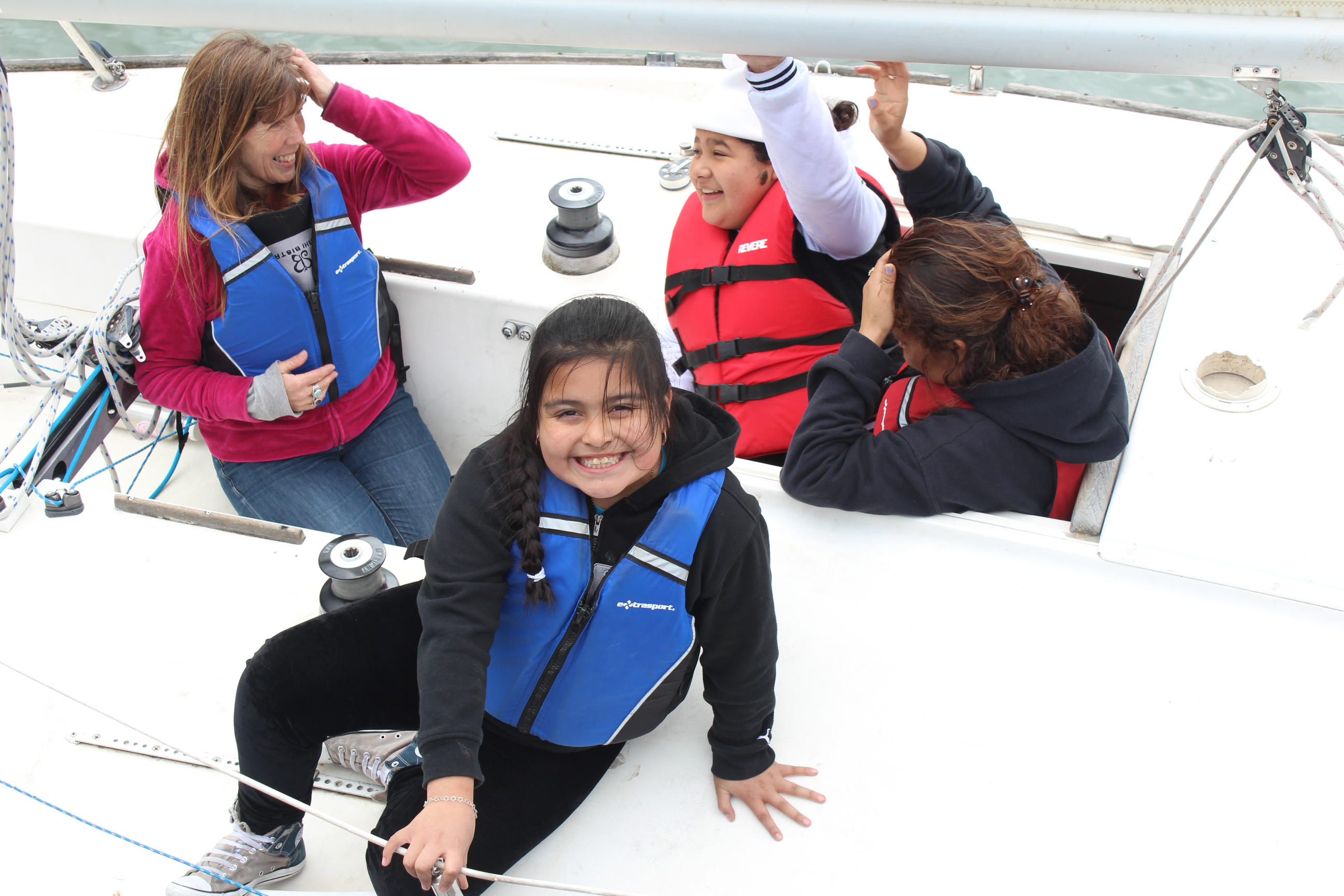 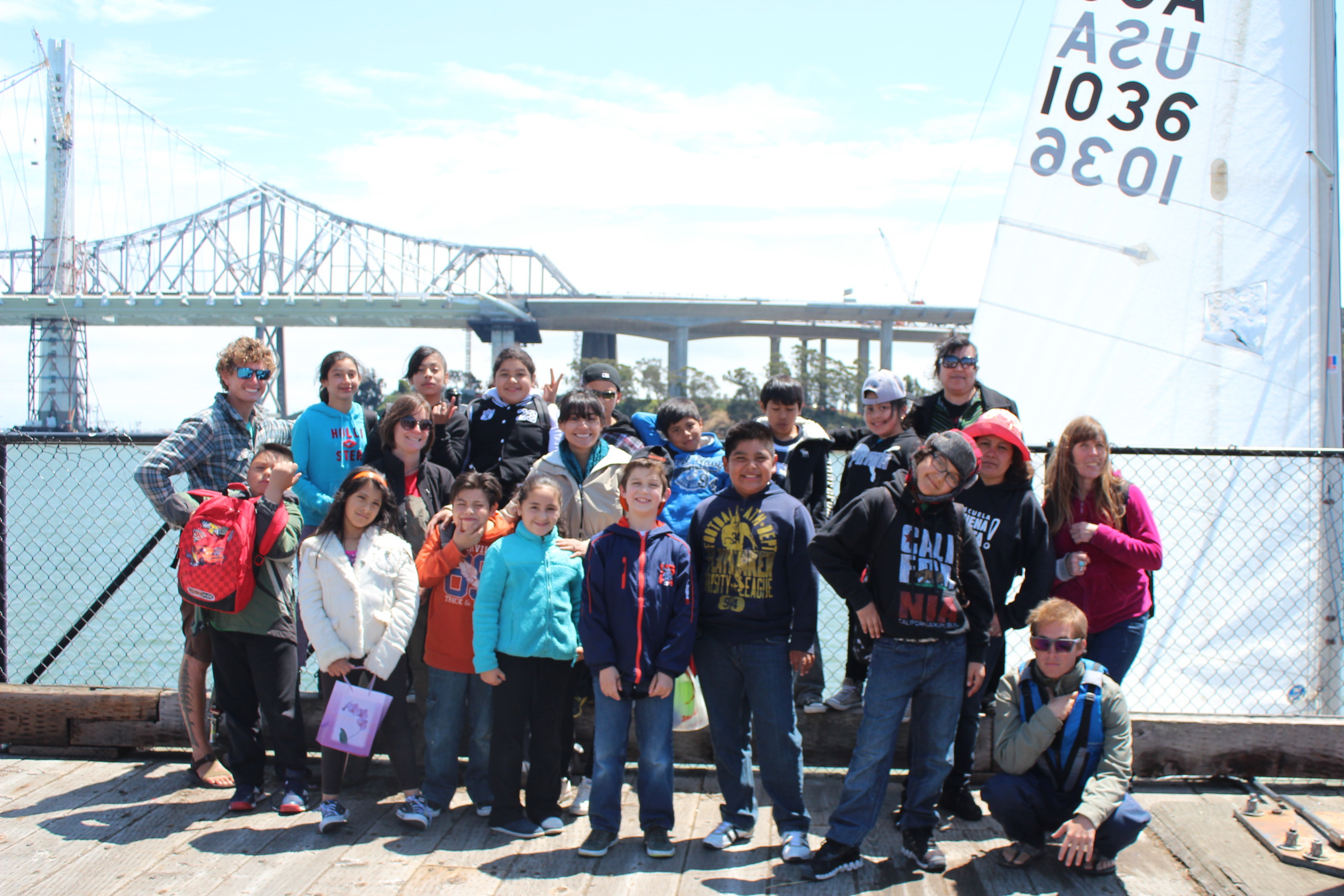