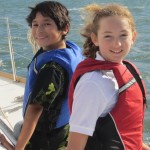 Friday was literally a once in a lifetime opportunity.  Sharing five Sunsail First 40’s with 25 Mission Beacon Center kids: awesome. 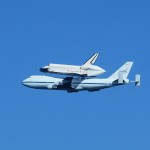 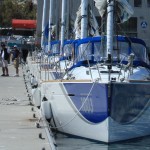 made possible by five professional sailors who donated their afternoon.

Mission Beacon Center, part of the San Francisco Beacon Initiative and one of many SFDCYF programs, uses the Everrett Middle School as a center of activity for surrounding neighborhoods. TISC supports thier programs with sailing lessons and after school activities.

My job Friday afternoon, along with four volunteers from the Cal Sailing Team, was to work as an on-the-water host and crew aboard the Sunsail First 40’s (OK, not really a job; more like a super opportunity to sail cool new boats, teach kids about sailing and water safety, and hang out on SF Bay !).  Of course the bonus was the one-day delay in Endeavour’s visit to the Bay Area announced on Wednesday; I simply took the 7:45 bullet train from San Jose and hung out at Fort Mason for the fly-over, then pedaled over to Pier 40 for our 2pm sail. 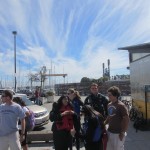 These 25 kids and 5 chaperones would not have had this opportunity without the gracious support from Sunsail’s Sausalito General Manager Travis Lund who along with fellow sailors Charlie Bogue, George Fay, Jim Hancock and Ted Thornton donated their 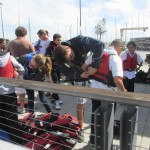 From On The Cove (on this voyage from Pier 40), Dave G

In the wake: Here’s a few more pictures from our awesome, historic day on the bay. 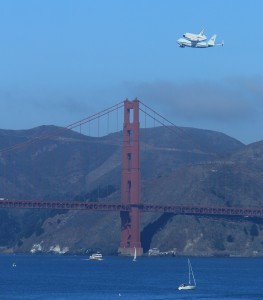 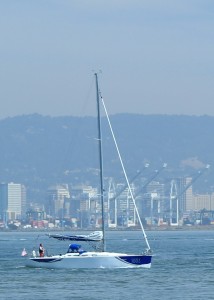 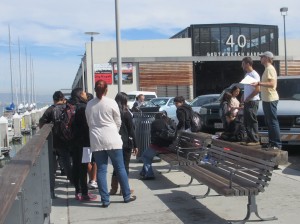 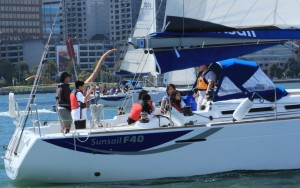 Side by side heading toward Angel Island 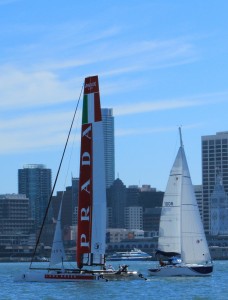 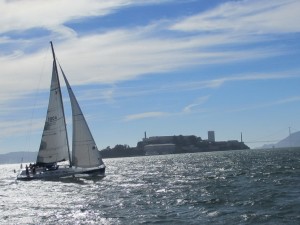 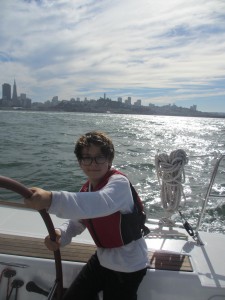 Everyone got to drive a Sunsail First 40