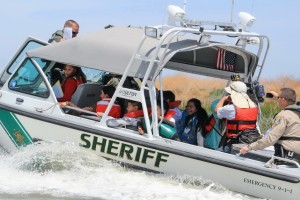 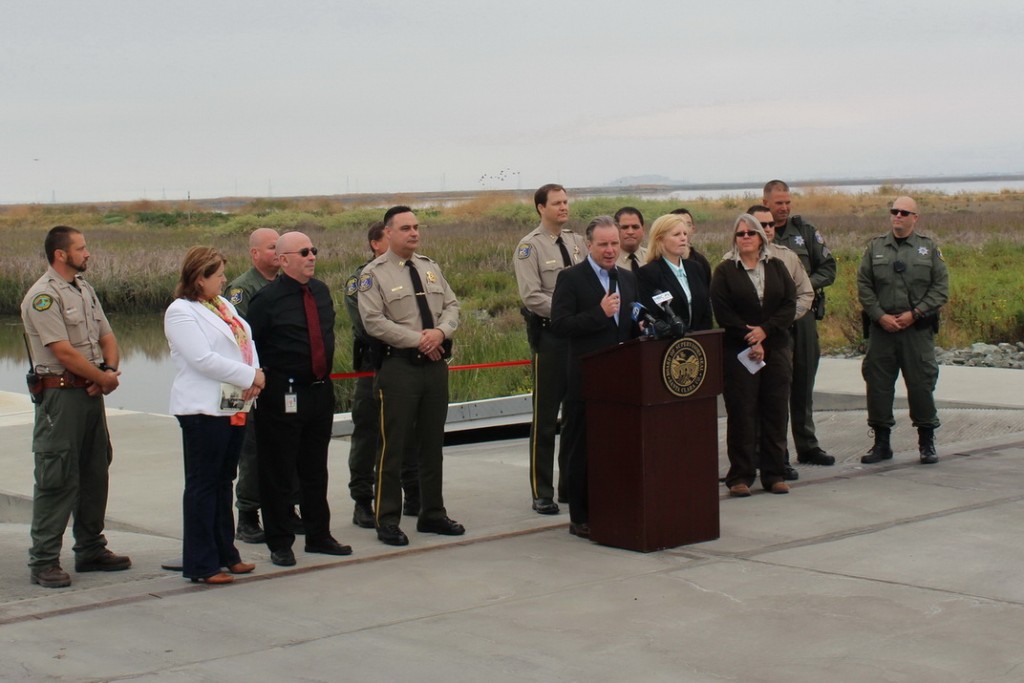 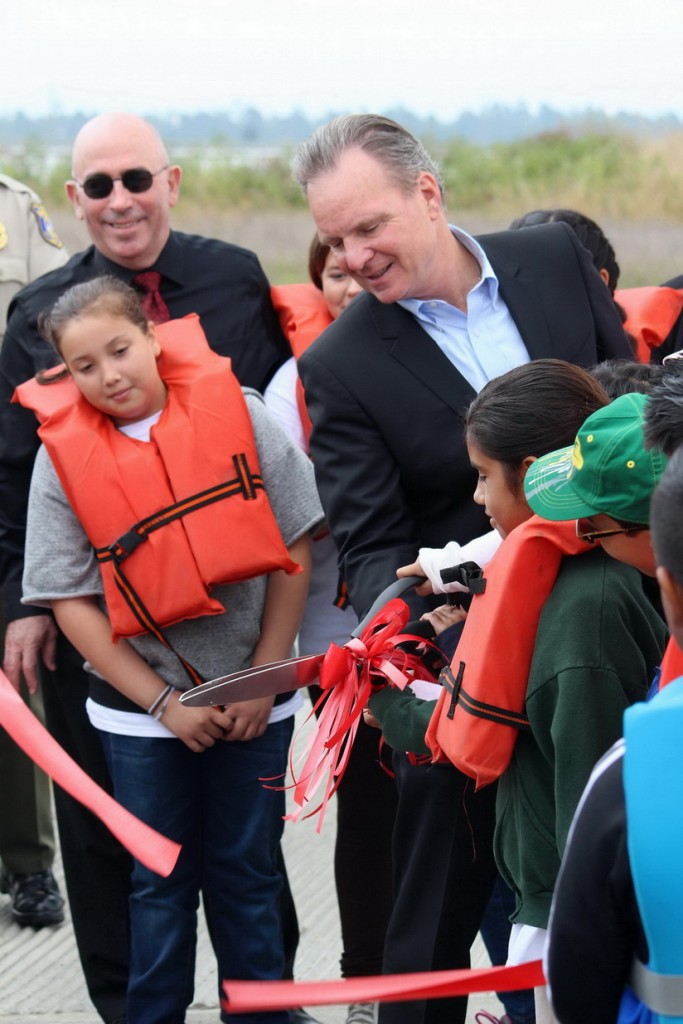 George Mayne Elementary School fifth graders listened patiently with anticipation during the welcome and dedication.  Couldn’t wait to get on those boats.  Even the birds were excited to show off their territory. 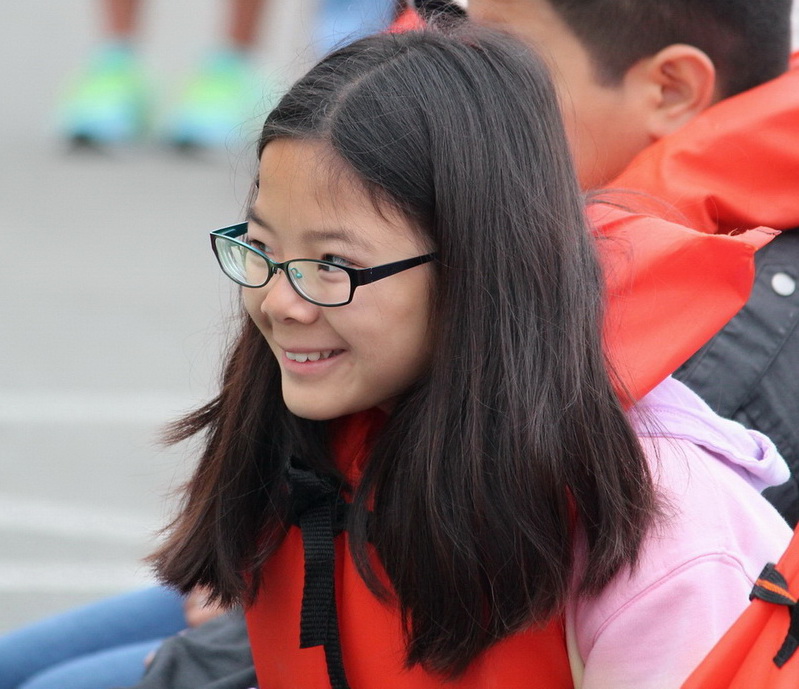 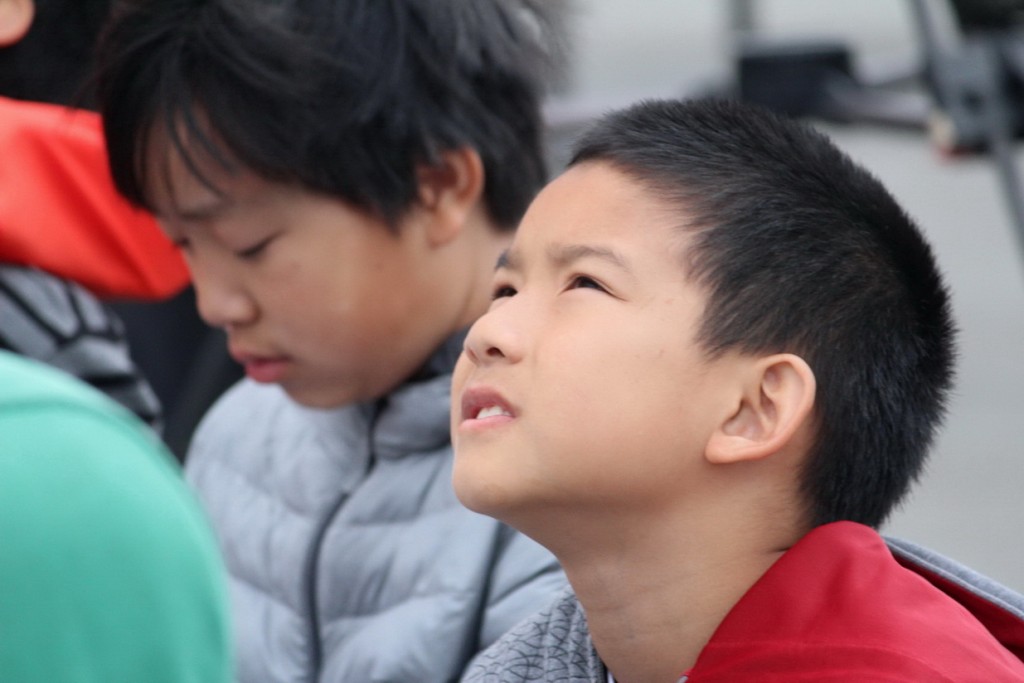 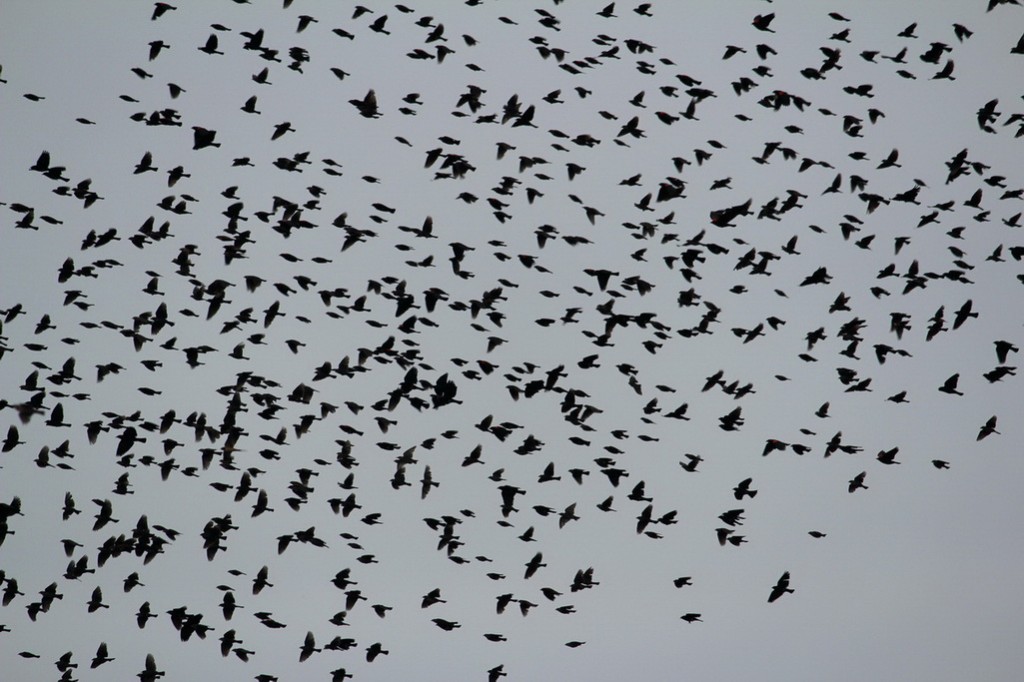 Walking tours are easy compared to on-the-water activities which demand a huge focus on safety and logistics.  Life jackets are a must.  The sheriff’s deputies made clear the importance of safety rules and proper boat behavior. 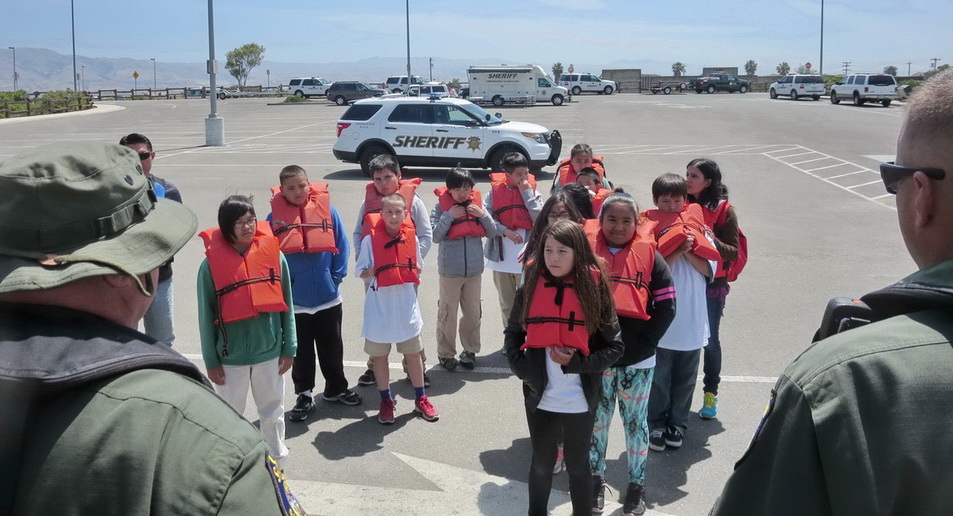 Opportunity to connect with Mother Nature literally down the street from your school is huge. Hands-on learning is the best way to deliver life-long lessons to kids.  See the wildlife, protect the wildlife; touch the water, respect the water. 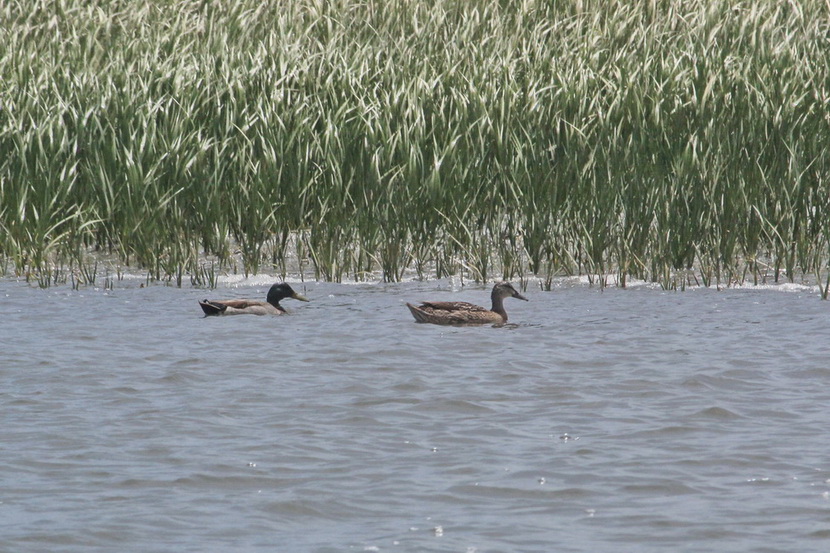 Being on the water, seeing wildlife up close and experiencing the thrill of a boat ride really turns on the smiles. 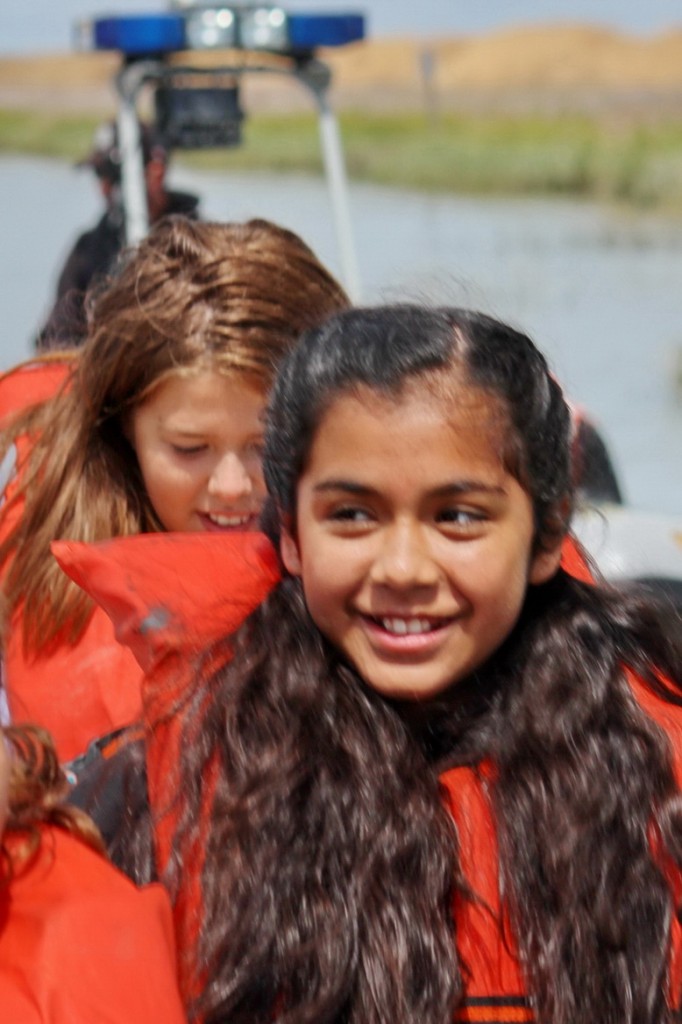 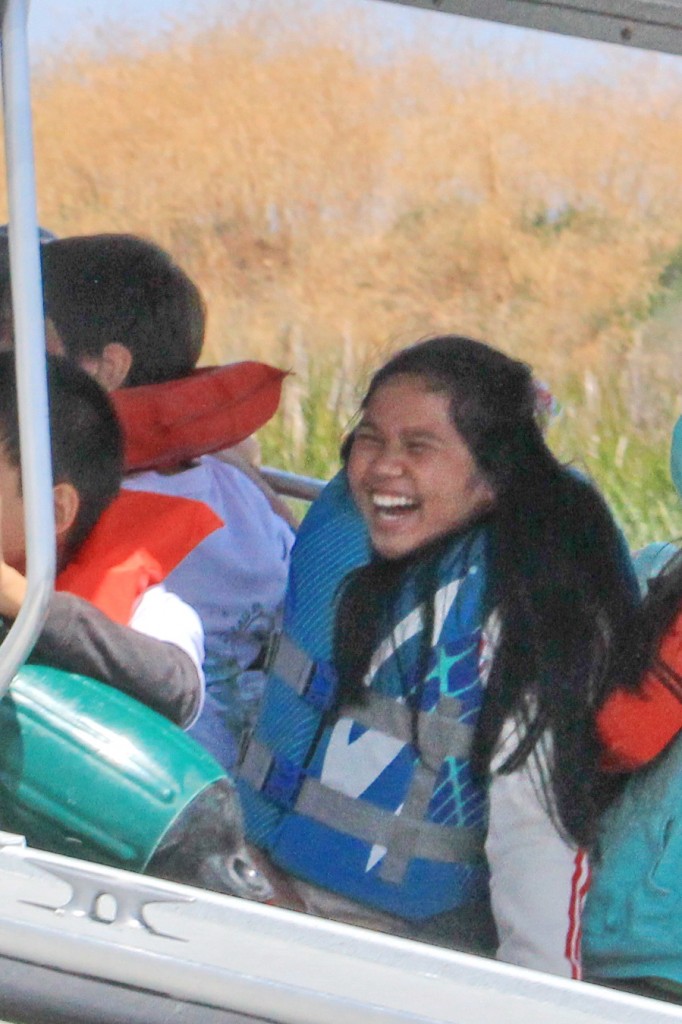 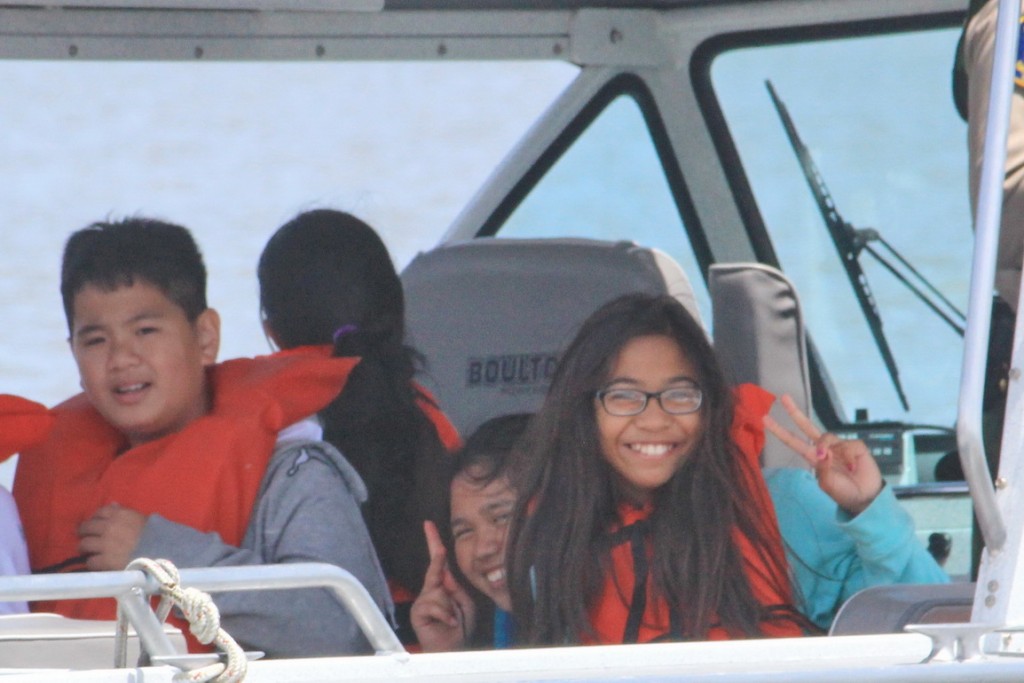 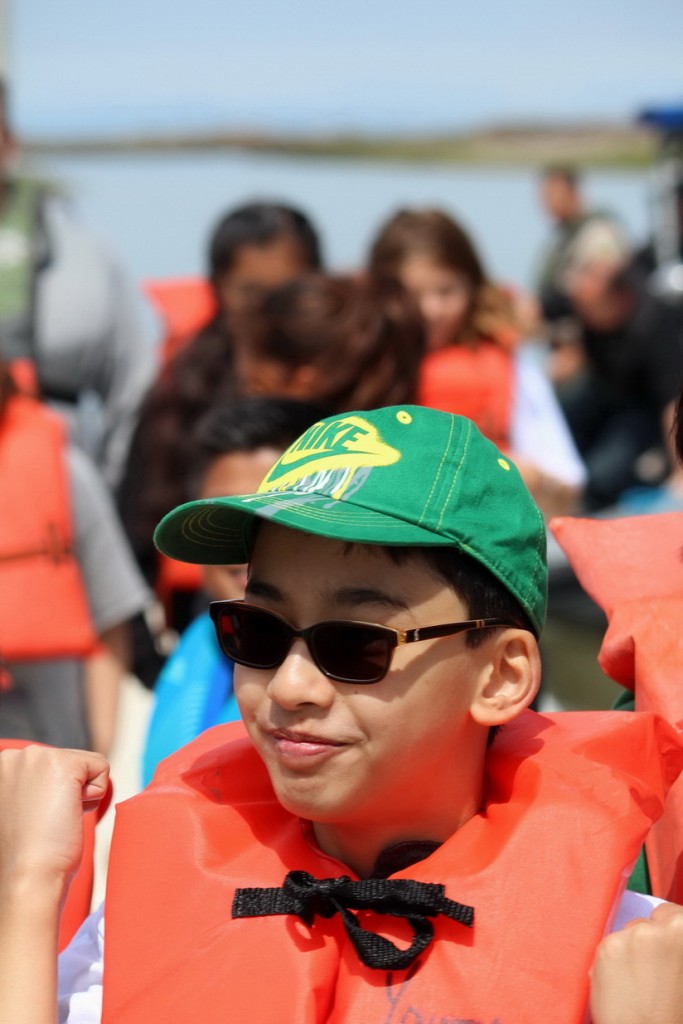 If there had been time for selfies Friday mine would have out-shined those of the deputies and park rangers on my boat team.  They made many of these pictures possible. 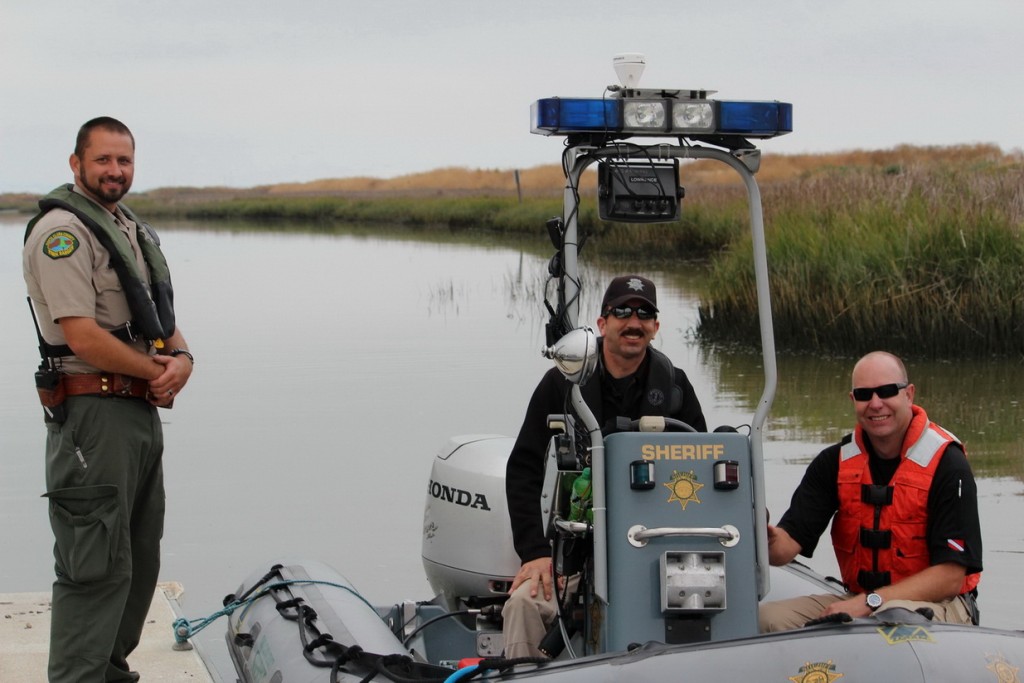 Science, technology, engineering and math enters the picture seamlessly.  Tides and currents become real and visible.  Water flows, docks move up and down. Birds fly, seals dive. The rangers explained tides during today’s tours. And their effect on those who don’t heed them. 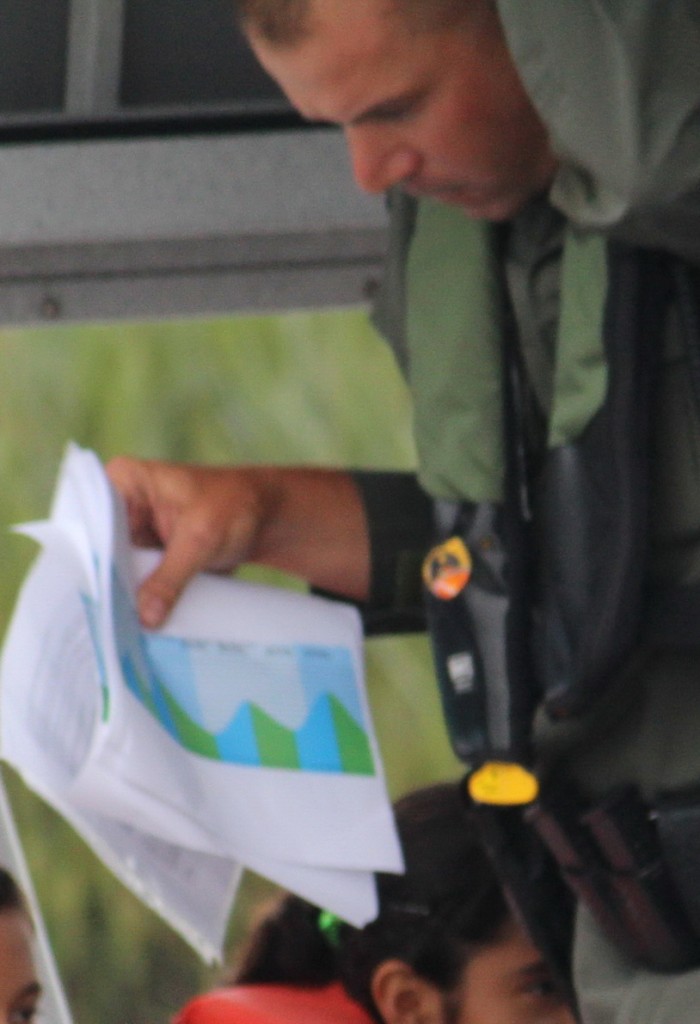 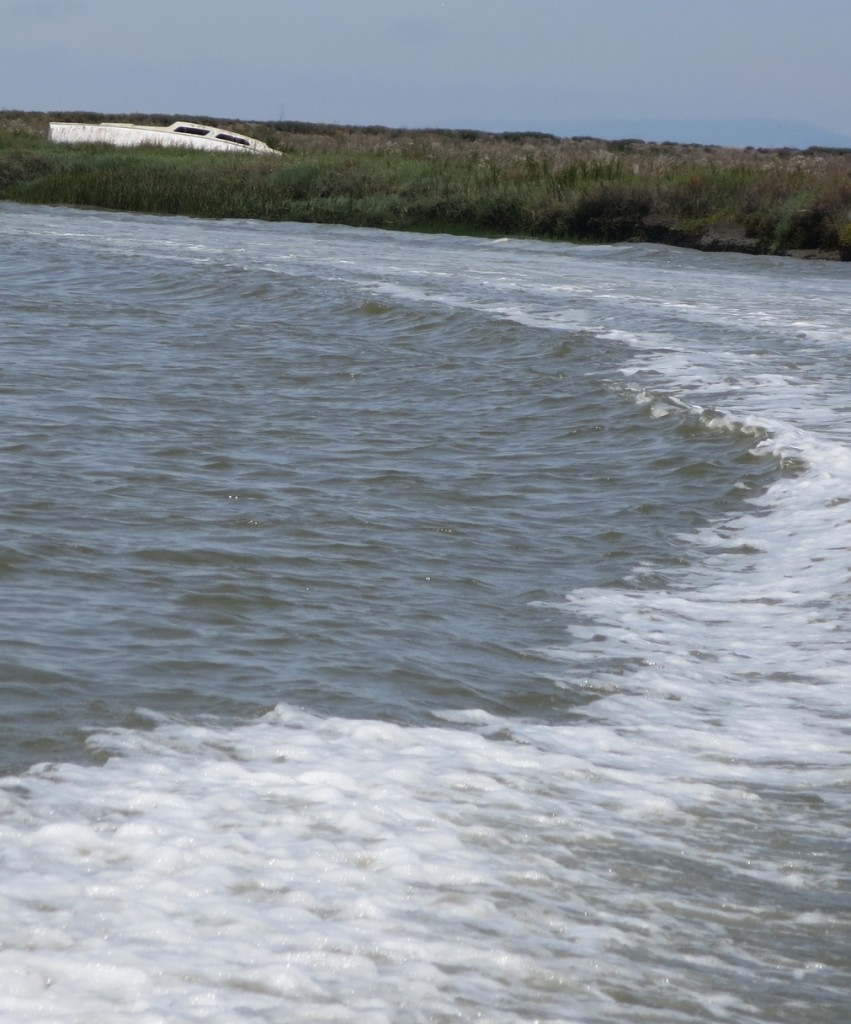 Alviso Marina provides opportunities for access to the bay for motor boats and hand-powered craft.  Motor boats like the deep waters provided by high tides. 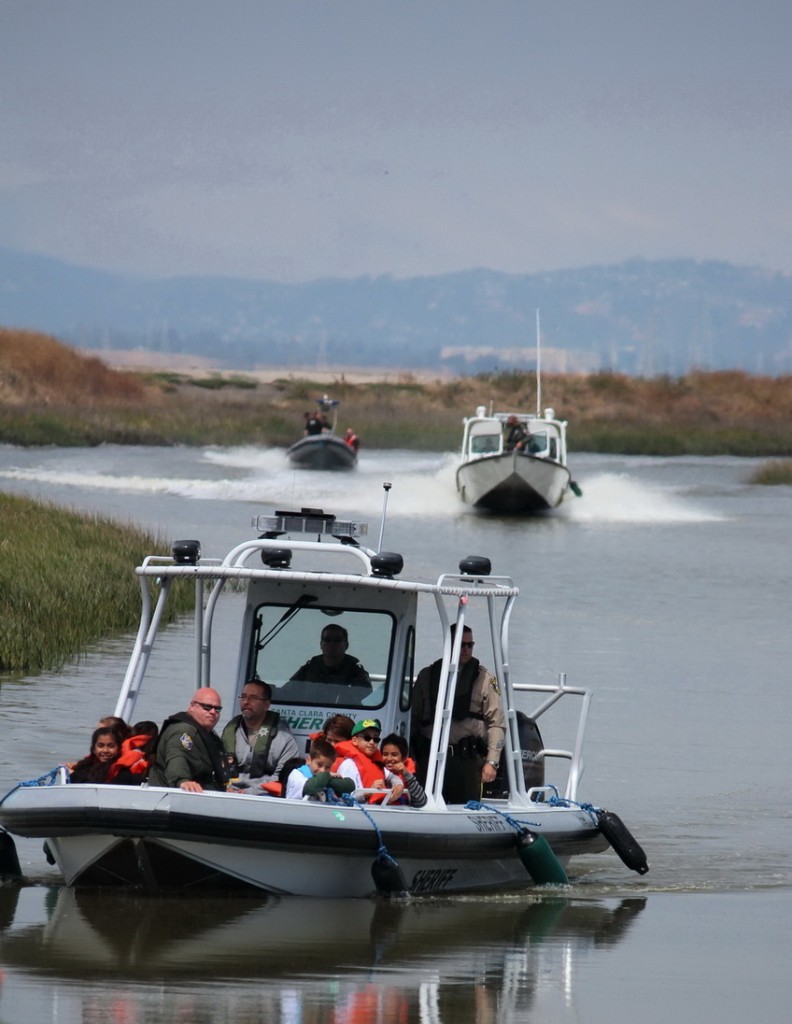 Low tides favor canoers and kayakers.  Much better for paddling out with the ebb tide and getting a return boost as the San Francisco Bay water floods. Compare this 2014 picture from our low-tide adventure with the one above. 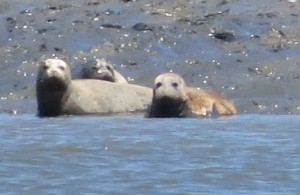 Seeing birds and animals in their own settings can’t be beat.  Few of the students had any idea harbor seals lived just around the corner. 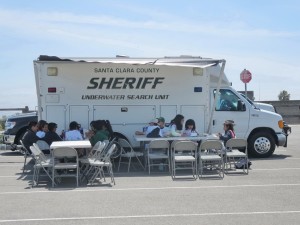 Thanks to Mayor Ed Lee’s office and the Americas Cup, TISC launched SS Learn for San Francisco fourth graders in 2013.  Same game plan as Alviso – classes split so half the kids are shore-side and half on the water. Then lunch break and a swap.  The Alviso program is fortunate to have the U.S. Fish and Wildlife Service around the corner for the walking portion of the wetlands tour. 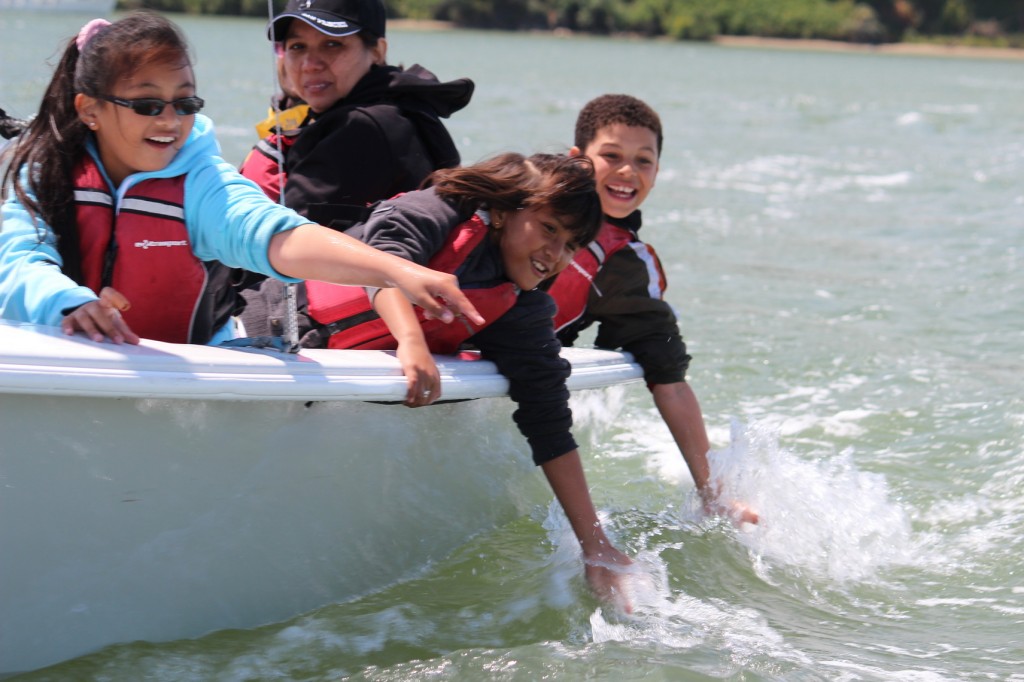 Alviso was a bustling seaport in the 1850’s.  It’s now becoming a major recreational and educational port of call for San Jose and surrounding towns. 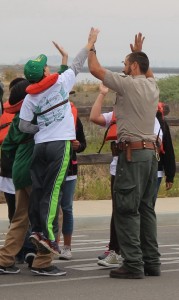 Smiles and High Fives all around to Mother Nature and the men and women of our engaged, caring government agencies who made this happen.

And to the Tides of Change in Alviso.

If you were involved with the dedication of The Alviso Boat Tour Program, are from George Mayne Elementary School or would like hi-res copies of the pictures used in this blog and many more send an email to daveg at onclippercove dot com.

2 thoughts on “The Changing Tides of Alviso Marina”