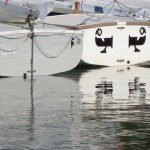 At first glance, I didn’t connect with Highlander 874’s stern graphic – something lost in translation.  Then two ducks flew into the picture.  Two ducks? Visions of Jimmy Spithill showed up on the finish line of race seven. 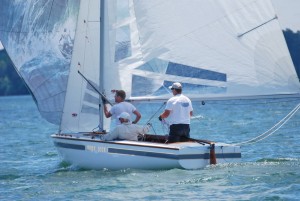 Last week I crewed for Bruce Busbey in the 2015 edition of the Highlander Nationals.  Bruce is the son of my college swimming coach, life coach and sailing mentor Bob Busbey, the “Skipper” in Skipper’s Gift. Joining Bruce and his son Justin was a real trip –  east to Hartwell Lake at Western Carolina Sailing Club then down a 50 year old memory lane.

As the Highlander Nationals progressed, interesting stories and life lessons emerged, along with action-capturing pictures courtesy of Gayle Kaufholz.

A great reminder on how to deal with snags, headers and glitches – whether sailing or not – flew in courtesy of “The Duck”. Simple explanation: Jen Kafsky always encourages her kids to shake off problems, not let them build up. “Let ’em go, just like water running off a duck’s back”.  Hence their boat name – “The Duck”. 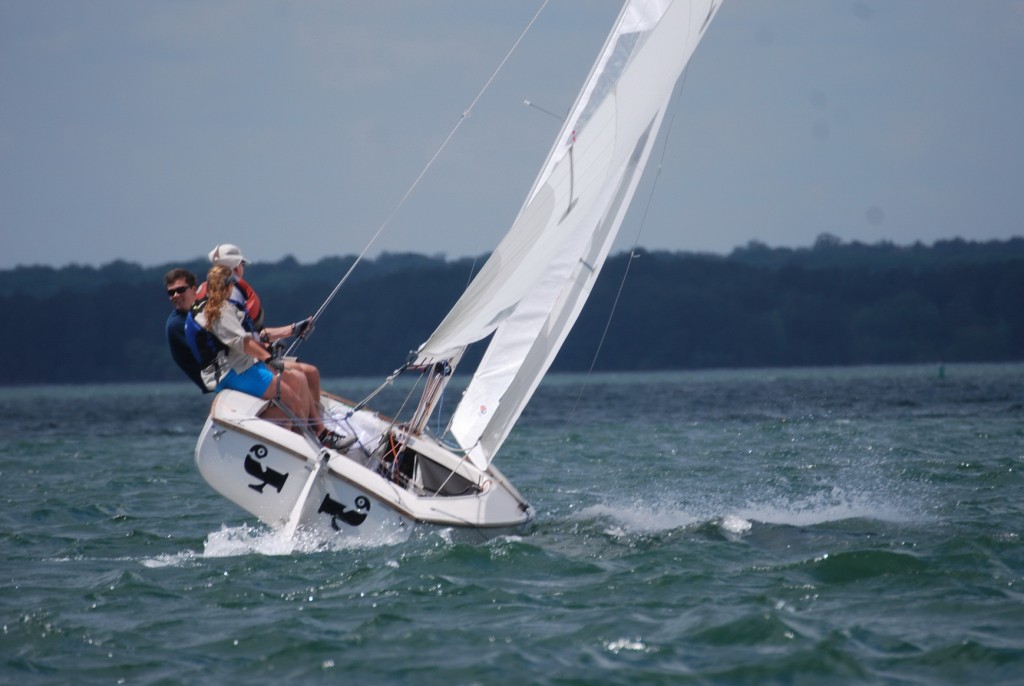 All sailors (well, most of us !)  know skippering & crewing together makes for great family sport. Family geometries became more evident as the Nationals played out around the buoys.

Many boats, including the winner of the Championship Division and third place in the President’s Division, were all-family. 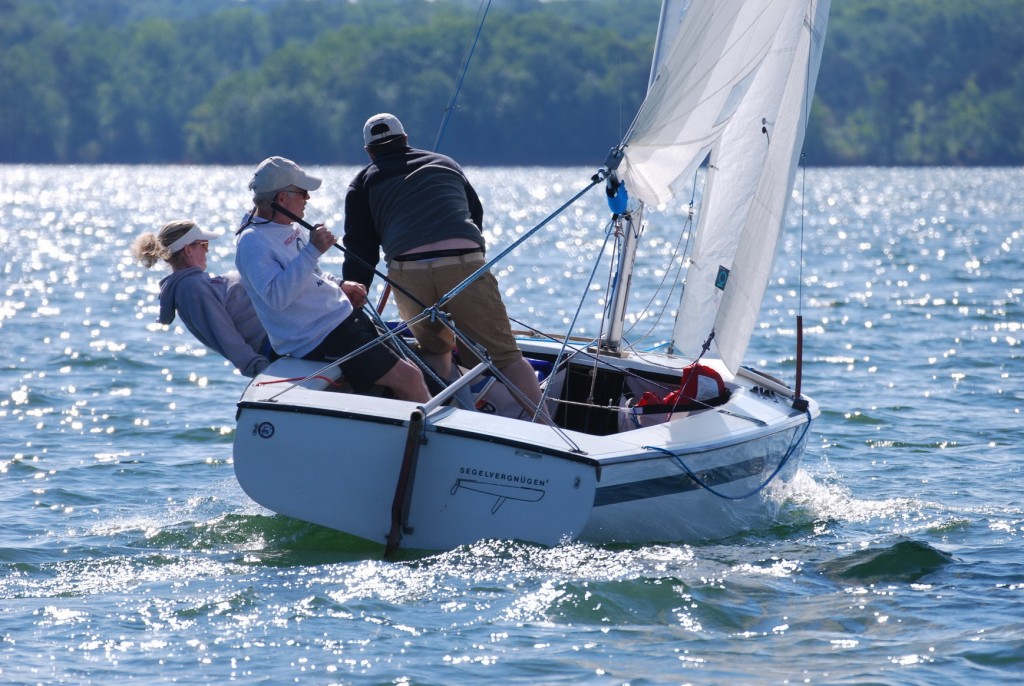 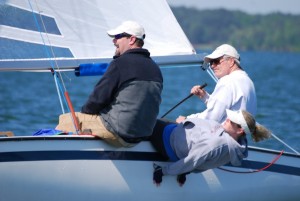 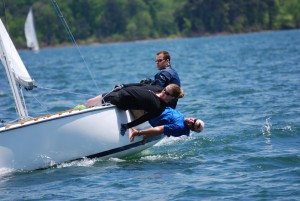 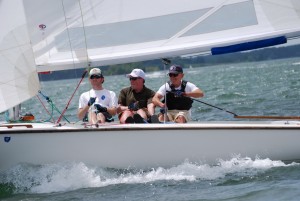 The Kafsky’s, including one of their daughters, skippered and crewed on two. 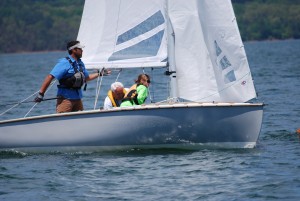 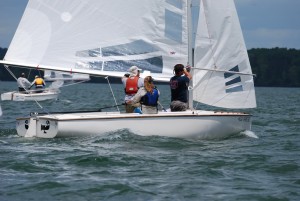 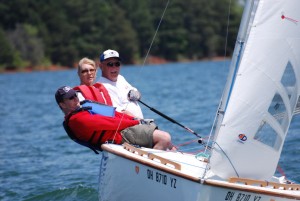 Not to mention on-the-water husband/wife teams plus grandparents and parents on shore duty with future sailors.

Family sailing doesn’t get any better than in the Highlander class! Back to life lessons. 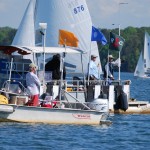 Lake Hartwell and Mother Nature served up a variety of wind conditions over the course of the seven-race / one-throw-out series. The lead changed five times. Thanks to a “Class A” WCSC race committee the sailing was impartial to the 24 competitors throughout the entire series – not easy, but fair to all.

An important life lesson we’ve discussed in the past, never give up (Jimmy to Kids: “Never Give UP”), was clearly in play .  The winning boat tanked in race six then came back with a bullet in the last race. 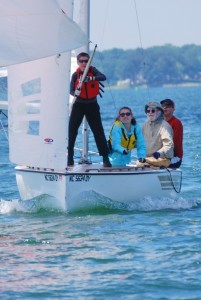 Hats off to Tanner Shultz along with his father and teenage son & daughter.  They sailed a solid series and didn’t let a catastrophic race 6 get them down.  They made like a duck, cleared their minds and picked up a well-earned bullet in race 7 to win the Highlander Nationals in what turned out to be the closest finish in recent memory.

Going into the last race four boats were tied for third, a mere few points behind the first and second boats.  After the final gun only five points separated the top six boats. Did someone say competitive Highlander fleet?

So the 2015 Highlander Nationals are history – and will be remembered for challenging races, close finishes, a nearly-clairvoyant race committee and outstanding shore-side southern hospitality.

If you’re interested in getting a big dose of life lessons, teamwork, and a super family sport check out any of the Highlander Fleets back east.  If you’re here in the Bay Area and you want to get your kids into sailing – or learn how to keep up with them on the water – check out the treasure chest of classes available at Treasure Island Sailing Center.

Here’s a link to more of Gayle’s photographs from the 2015 Highlander Nationals: bit.ly/2015-highlander-nationals

Here’s the 2015 schedule of classes at TISC:  http://tisailing.org/registration