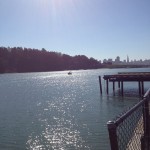 PCISA and BAYS like Clipper Cove because of its unique setting protected waters and predictable winds.  Treasure Island Sailing Center was a sponsor and pleased to co-host this year’s Golden Bear regatta sponsored by from Encinal, Richmond, San Francisco and St. Francis Yacht Clubs and the Peninsula Youth Sailing Foundation.

Below are a few pictures from the two-day event, courtesy of Kevin Berry. 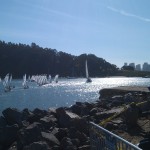 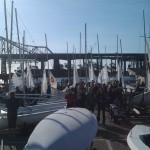 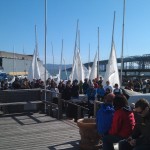 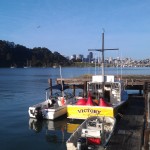 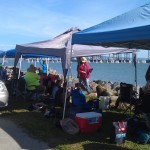 The volunteer smiles below are from a picture captured during my visit to TISC for last Thursday’s dock install (Trailer, Docks, Smiles – CRASH). 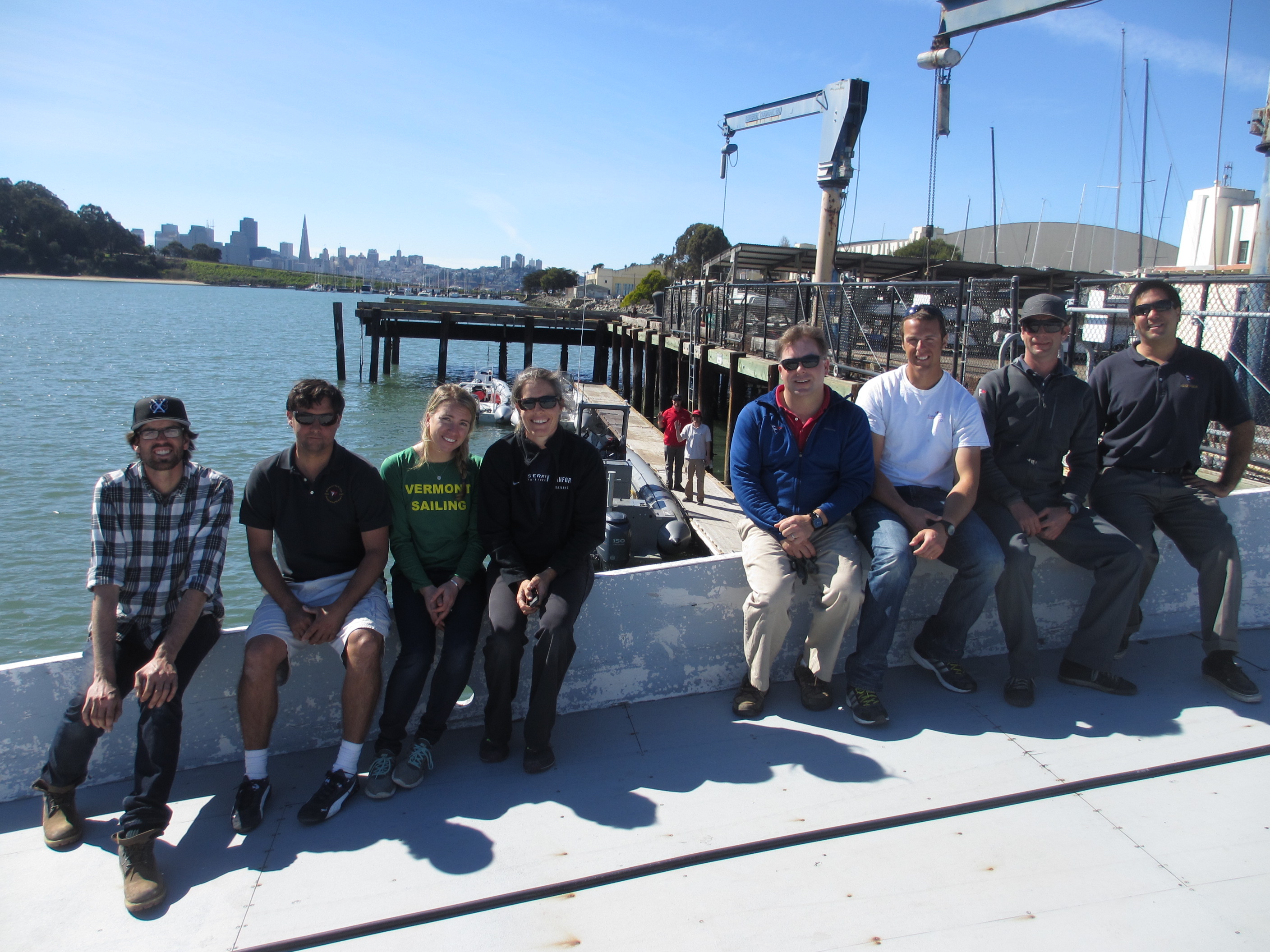 Many visitors ask: “Why take the docks out, Clipper Cove is so well protected?”  The answer is simple: The summer winds come from the north and west; winter storms with their high winds occasionally sneak in from the south and east which wreak havoc with the docks and dingy ramp.  So, the docks are normally out during the winter, and BAYS depends on local volunteers to put them in the water for the weekend Golden Bears Regatta.

And while we’re on the topic of volunteers, we often stress being flexible and available.  Treasure Island sea gulls can be tenacious in their pursuit of food.  Saturday night they raided our garbage and generally made a mess of the spectator area.  Many thanks to the parents of Point Loma High School and Alameda High School for the clean up Sunday morning.

In the Wake: Additional informaton about Golden Bear Regatta is here:  List of Registrants from PCISA,   Results from San Francisco Yacht Club.