As we enter the holiday Season I wanted to share twelve smiles from Treasure Island Sailing Center.  And a few suggestions on how to deal with a very unusual SF Bay Condition: lack of wind. 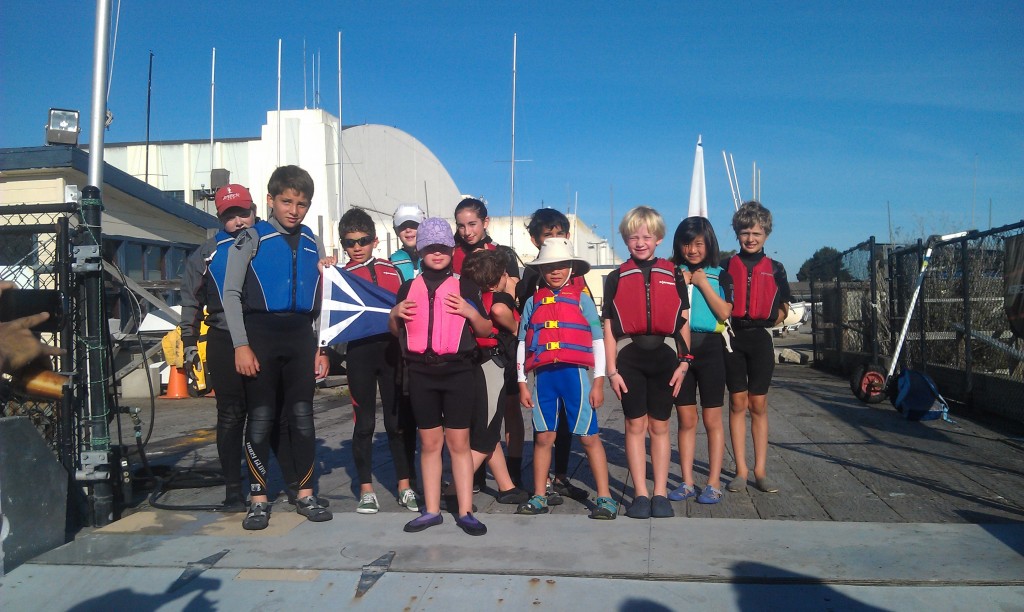 It was smiles all around for the Treasure Island Sailing Center Fall Race Day held on October 27th.

Our staff and instructors closed the fall racing season with an awards ceremony and race day.   All youth participants received a TISC T-shirt for their awesome performances.  Trophies for 1st, 2nd and 3rd places were handed out, along with trophies in two categories we consider even more important: Sportsmanship Awards and Most Improved Sailor. 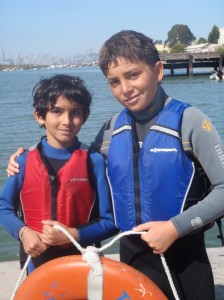 Philip, on left, received one of two Sportsmanship Awards at the TISC Fall Race Day

Philip, sailing in one of our new BUGs, was paired with a sailor who had only briefly been at TISC and who was struggling with remembering how to trim the sail. Instead of being frustrated, he taught the new student how to trim the sail and ensured that he was paying attention with positive communication and teamwork.

Drew, an Opti Fleet sailor, was willing to sail with a younger participant who was struggling in the “Everything Goes Race”. When thanked, he simply said, “It was no problem. I sailed with him over the summer, I do not mind helping. Man was that race fun!”

Leslie was sailing in her first Opti Regatta by herself. She struggled at first but stuck with it and consistently improved each race and sailed herself to a tie for second place (bummer- lost the tiebreaker but still finished 3rd).She showed great attitude and kept working! 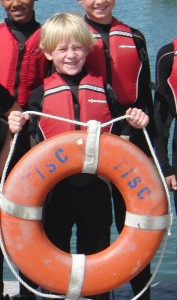 Roman was paired with another Opti sailor with whom he had never sailed. Although he and his partner sailed very consistently, Roman struggled with being stuck in irons when it was his turn to drive. But he never gave up! His persistence, along with some helpful tips from an instructor, allowed him to work on “Sailing in the Groove.”  He sailed an excellent final race, beating many Opti sailors and coming in second! Without any prompting from his mother, Roman said to her: “When I grow up, I want to go to a college that has a sailing team.”  Roman is currently in 3rd grade.

OK, now the sailing tips I promised for navigating the waters of Clipper Cove and San Francisco Bay in light air (doesn’t happen very often!) .  If suddenly becalmed you can: skull, paddle with your hand or kick with your feet, “ooch”, get in the water and swim the boat forward, use the centerboard as a paddle, or rock ‘n roll.  Here are a few pictures to demonstrate: 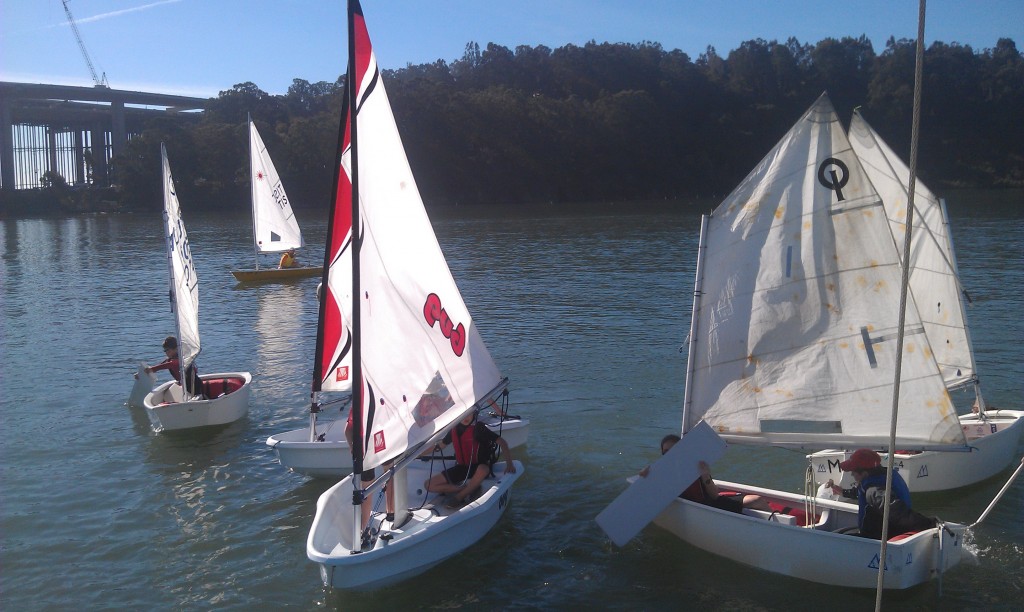 Skulling, paddling with the centerboard and ooching were all permited in the windless “anything goes” races held during Treasure Island Sailing Center’s Fall Race Day. 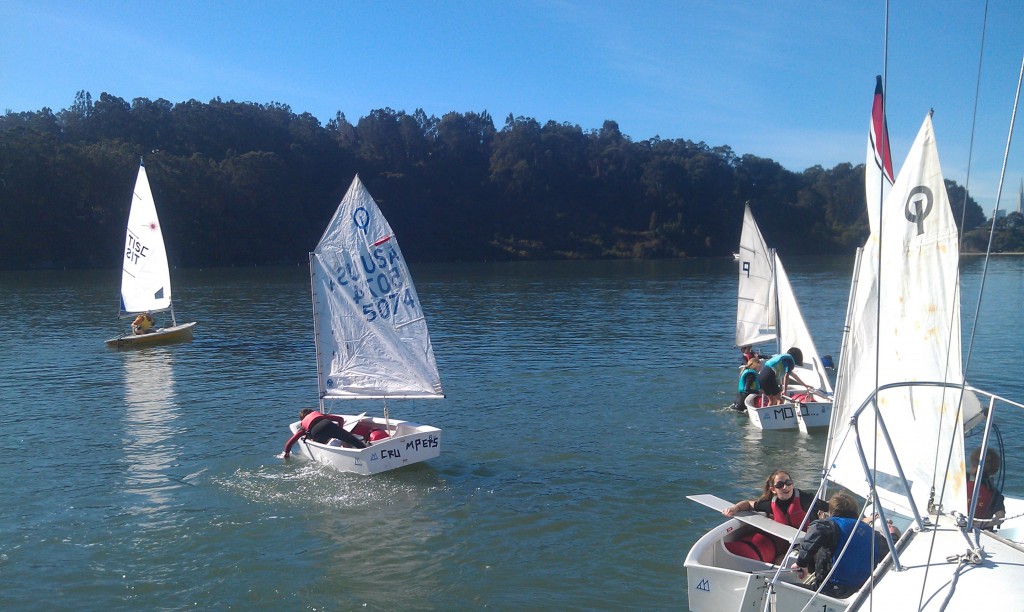 Swimming the boat forward, padling and skulling are demonstrated by youth sailors during the Fall Race Days “anything goes” race at Treasure Island Sailing Center. 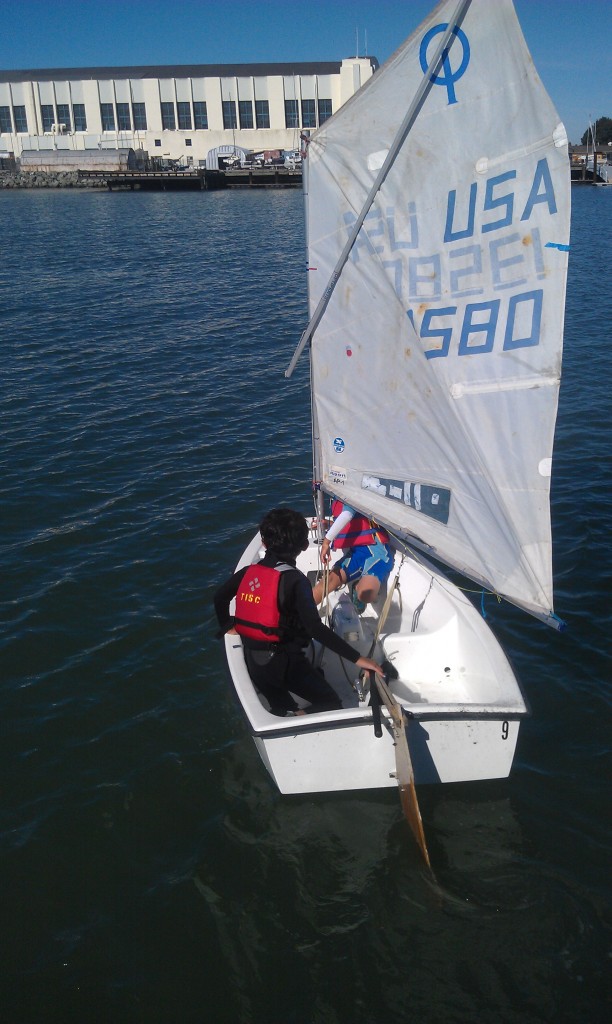 Sometimes the best technique in light air racing is a calm steady hand on the tiller.

As our students and parents know, Treasure Island Sailing Center teaches much more than just sailing skills.  Every class outline includes life skills such as independent thinking, self confidence, communications, leadership and teamwork.  The pictures above are a good example of how kids can improvise when given the opportunity and encouragement to do so. 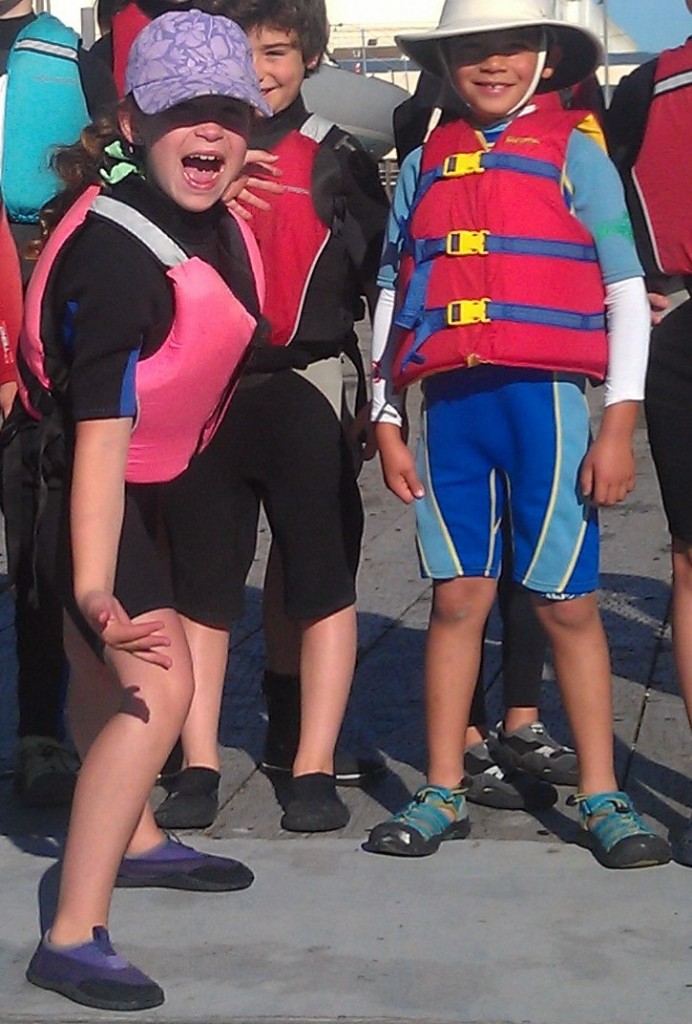 There was no lack of enthusiasm or smiles during the Fall Race Days held at Treasure Island Sailing Center.

Oh, I should mention that all students are also provided with ample opportunities to share their excitement and enthusiasm for our programs, as Vanessa clearly demonstrated!

Best holiday wishes from On The Cove, Dave G

In the wake:  As you plan your year-end giving, please consider helping us get more kids in boats next summer.  Please go HERE to donate quickly and easily and to see how your donation will be used.